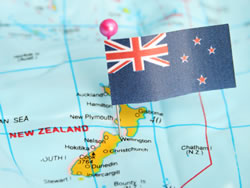 In June 2014, New Zealand had a seasonally adjusted net gain (more arrivals than departures) of 4,300 migrants, the second-highest monthly gain of migrants. The highest gain ever recorded was in February 2003 (4,700).

Net migration has been positive and mostly increasing since September 2012. The difference in the net gains recorded in September 2012 and June 2014 was mainly due to:

“Visitor arrivals are the highest ever for a June month,” population statistics manager Vina Cullum said. “Growth was driven by visitors from Asia, especially Japan and China.”

In the June 2014 year, visitor arrivals numbered 2.79 million, up 6 percent from the June 2013 year. New Zealand’s top four sources of visitors were Australia, China, the United States, and the United Kingdom.

An Englishman in Dubai?