The L1 visa is one of the most popular vehicles by which the owners of foreign businesses can obtain permanent status in the United States by expanding operations to the United States. However, if getting ones foot in the door seems easy enough, renewal of the visa frequently turns out to be a nightmare for the applicant who — more often than not — has uprooted hearth and home with the intention of permanently relocating to the United States. 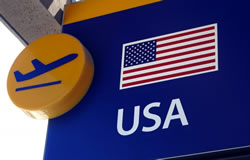 The law firm of Ortega-Medina & Associates has conducted a thorough review of all published decisions in 2005 in which L1 visa renewal petitions were denied.  Following is a discussion of the elements common to most of these cases.

The L1 visa is one of the most popular vehicles by which the owners of foreign businesses can obtain permanent status in the United States by expanding operations to the United States.  The process is carried out in three steps:

First, the initial L1 visa is issued for a period of one year to set up operations of the new U.S. branch;

Second, the L1 visa must be renewed based (in part) on the first-year record of the U.S. branch;

Third, once renewed, for an additional 2 years, the L1 visa holder may apply for permanent residency with the support of the U.S. branch.

It would not be an exaggeration to state that the USCIS often approves the initial L1 visa on a vision — supported by a well drafted business plan and a convincing amount of money in the bank.  However, if getting ones foot in the door seems easy enough, renewal of the visa frequently turns out to be a nightmare for the applicant who — more often than not — has uprooted hearth and home with the intention of permanently relocating to the United States.

Our firm has reviewed the decisions in all cases published in 2005 by the Administrative Appeals Unit of the Department of Justice in which the USCIS denied a petition for L1A visa renewal.  In 98% of these cases the reasons for the denial were virtually identical:

The biggest mistake most applicants and/or their immigration lawyers make is to assume that the same duties that supported the initial visa petition will be sufficient to support the renewal.  This assumption is fatal to a renewal case.  This is because the duties an L1A beneficiary must undertake in the first year to set-up operations must include – by necessity – non-managerial and non-executive essential functions such as administration, marketing, public relations, and human resource management.

{mosbanner right}The USCIS is mindful that such non-qualifying duties are required to get the new operation off the ground.  However, the applicable regulations grant a company only one year to accomplish this.  By the time the renewal petition must be filed, these non-managerial and non-executive duties must have been transferred to locally employed personnel, working in actual physical offices.  The size of the staff is not important; only that it be adequate to cover the afore-mentioned essential functions.

In a typical case, this issue comes to light when the company or its lawyer receives a request for additional evidence (an “RFE”) from the USCIS.  The RFE usually requests a very detailed accounting of the beneficiary’s duties, a detailed organizational chart showing the names of all individuals employed by the U.S. company, as well as a detailed accounting of their duties, and payroll and tax records proving the locally employed employees.

Upon receipt of the RFE, some companies try to remedy the lack of essential personnel by quickly engaging a few people solely to satisfy the RFE, or they attempt to justify the use off-shore personnel to cover these functions.  A review of the published denials, however, reveals that such quick-fix attempts are a reason, in and of themselves, for the denial.  Such quick-fixes simply serve to demonstrate that the new company has not reached the level of development required at the one-year mark.  In short, a petitioner that finds itself at the receiving end of an RFE questioning whether the beneficiary will be employed in a primarily managerial or executive capacity should seriously consider other visa options.

In our opinion, the wisest course is to plan a renewal strategy as part of your initial case preparation.  Aside from being a sound business practice, this course of action will go quite far to avoid any unpleasant and potentially catastrophic surprises in the future.

Orlando Ortega-Medina is lead counsel for the U.S. business immigration law firm of Ortega-Medina & Associates, headquartered in San Francisco, California.  The firm also maintains an EU gateway office in London, UK.  Mr. Ortega-Medina has particular expertise and insight into complex L1 visa and E2 visa cases, and is frequently engaged by other counsel to troubleshoot visa denials.
(Website: www.ortega-medina.com )
Share on Facebook Tweet This Share on Google Plus Pin This Email This

Getting your ITV in Spain

The Right Groups’ – The Costs of Buying in Spain