Many individual investors faced substantial losses as the value of their savings in pension funds and insurance policies reeled and plummeted at the news that the US sub prime mortgage market was overcooked. My pal Russell, a sucessful London builder, buys apartments and houses all over the World.

Please note that the information provided in this article is of a general interest nature and intended as a basic outline only. You are well advised to contact a professional for advice specific to your circumstances. Nothing contained in this article should be seen or taken as the writer or the publisher providing legal or financial advice. 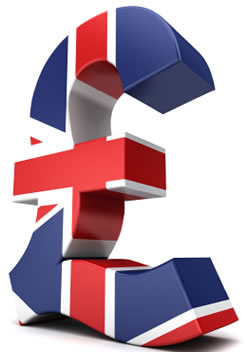 When the prices of shares collapsed, wiping multi-billions off the value of the stock markets around the World, central bankers took emergency action to stabilise fragile markets to halt the decline.

The simple truth remains that many individual investors faced substantial losses as the value of their savings in pension funds and insurance policies reeled and plummeted at the news that the US sub prime mortgage market was overcooked.

Yes”¦. US lenders had underestimated their exposure to mortgage loan defaults on money lent to those who could ill afford to make the repayments. The resulting loss of confidence had a devastating effect on the performance of Mr and Mrs John Smith’s retirement fund. Such is the frightening loss of control over the success or failure of an individual’s investments.

My pal Russell, a sucessful London builder, buys apartments and houses all over the World. His investment philosophy is very simple. “Bricks and mortar will never be worth nothing” – the same cannot be demonstrably said for stocks and shares. Why should he entrust his hard-earned dosh to a stockbroker? As a consequence, he doesn’t have a pension fund he has a Property Portfolio.

The essence of any Property Portfolio is achieving a blend of investments that suit the “risk adversity” of the investor. It should combine good all-round performers having low to no risk with slightly more “interesting” investments that will deliver mid to long term gains when compared with costs of entry. There should be some match between pure speculation and sense. Past performance is not always the best indicator but for the purposes of many it does the trick. The cyclical nature of the many property economies World-wide have proved “Past Performance” to be one of the best yardsticks around.

But wait a minute, let’s not forget that property within your portfolio can be “used” or even, God forbid in these times of financial misery, “enjoyed”!

So your Property Portfolio may include your principal residence, some home and foreign property – which may be “buy to let”, “jet to let” or solely for you own enjoyment – or you may chose to share its use with friends and family. How can you do that with Tesco or BP shares?!

Many Spaniards, don’t see their holiday property – and a huge percentage of the City dwelling population have a home in their “pueblo” – their ancestral town or village – or by the coast – as being an investment. It’s a place to house and entertain family and friends, store your stuff and who knows if in ten years time its value has increased then that’ll be nice – but it’s not an investment decision!

So do the Spanish have it right? I don’t come from a culture where property is a passive investment. My family property in the UK was purchased in the late 1970’s, it’s value over the succeeding decades has pitch and tossed with boom, bust, recession and boom again but overall its performance has been staggering. I don’t think that was just luck.

Combine a healthy chunk of UK property equity, enhanced by a recently paid off mortgage and what’s next for “the Silver Sellers”* or “the Empty Nesters”**?

** Parent who’s offspring have ceased to be a financial drain on family finances but still want to spend quality time with the older generation.

{mosbanner right}Lucy Denyer in her excellent “Retire Overseas” piece for The Times (27.05.07) gave Spain pole position with a “Total score: 9/10″ahead of other desirable retirement locations the USA, Canada, Ireland and Australia.

Lucy reports Danny Sriskandarajah, from the British Institute for Public Policy Research, as commenting “The silver flight is the result of Britons being increasingly willing and able to spend their retirement in Adelaide, rather than Accrington”. His prediction was that by 2050, more than 3.3m Britons would live overseas.

Regular readers will know that I crow on endlessly about “Quality of Life”, make no mistake its available in Spain by the bucket and spade load but it does come with a compromise – doesn’t everything? We are all very familiar with our Home System – we may not always like it but at least we know how it all works. Whilst a dream home in the Sun is a very attractive idyll achieving peace of mind in a country where you may have minimal grasp of the language is positively daunting.

In whom do you place your Trust? Trust may not have an easy landing in a country where the diet – albeit healthy – is defined by a combination of Olive Oil and Oily Fish. So there may be some need to spread the “investment risk” – all eggs not being in the same basket – it is increasingly usual for purchasers in Spain to keep a foot – often a downsized one in the home market – in both camps. This is often made financially possible by the sale of a principal residence.

Hotproperty.co.uk recently carried comments from Chris Simmonds, MD of Saga noting that “Growth in the UK housing market has generated a lot of equity for homeowners, and despite the similar boom in Spain, many people are finding that their money still goes a lot further on the Mediterranean coast, and they can have a new and idyllic home in the sun.”

Lucy interviewed Tony and Veronica Hastings who purchased a three-bed flat on the Costa del Sol and keep a property in Dorset. They spend the majority of their time now spent in Spain, and Tony is quoted as saying that “We can walk to the beach in 20 minutes, the bills are half what they were in England and our dustbins get emptied every day!”