Last year we finally ended our journey with the U.S Citizenship & Immigration service. Looking back at the trip we had taken to reach this point, I initially thought that by moving to America I'd given up the chance of advancing my career, as it turned out that was not the case. I ended up finding out I had hidden job skills yet to be discovered! 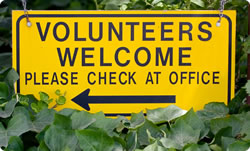 Just over 18 months ago we finally ended a long journey with the U.S Citizenship and Immigration service, (at least for the foreseeable future), and were approved for our Green Cards. Whilst looking back at the trip we had taken to reach this point, I initially thought that by moving to America I had given up the chance of advancing my career, as it turned out that was not the case. I actually ended up finding out I had hidden job skills yet to be discovered!

Initially I arrived in the country with a visa which didn't allow me to take paid employment and so I became a stay at home mum to our son. At first that was fine, my son had my full attention and everyday we lived through new experiences as we got used to the different culture in our new country of residence …. but then a year later he started school and had more friends and a better social life than I did. What could I do with myself that would make me feel productive now that I was home alone every day? The visa restrictions meant I couldn't work so what could I do instead?

By chance I was asked by a parent at my son's school to help out with the school book fair. I reluctantly agreed, although deep down it was the last thing I wanted to do. Low and behold after that first day helping the kids choose their books I realised that I had discovered the solution to my problem, I would volunteer and in helping other people I would also be helping myself.

And so it began …. by the end of our 2nd year in the USA I had became so busy I was hardly at home. I volunteered at my son's school and two other local non-profits. I felt happy, fulfilled and productive. Volunteering had helped me acclimatize to this new country we now called home. I learnt new skills, made new friends and became a part of the community I lived in instead of just sitting by the sidelines, and best of all, I discovered a new career path that I enjoyed so much and would never have experienced had it not been for volunteering.

Volunteering isn't just about committees and tea parties. You can find all sorts of opportunities from working with kids, to helping out the homeless, to sitting with a rape victim at the hospital …. the list goes on and on. You can volunteer in a local non-profit office or get down and dirty with the animals of a the local humane society.

Volunteering with a local charity is also an excellent way to learn how things are done "over here" as opposed to "back home", and a hands on solution to learning that new language or just getting to know the local customs.

Give it a try … what do you have to loose?

Useful links to start you off

An Interview with …. Sue in Australia