Nothing can help more whilst in the middle of a migration adventure than reading the first hand experience of those that have gone before you. In a new series of articles we interview BritishExpats members and ask them to share their stories. The first in our series is BE member "Wintersong" who has been living in the USA since January 2005.

Tell us a little about yourself and family.

I’m a 32yr old British female, married in April 2005 to a 29yr old Indian male and now expecting baby #1 in March 2006 – a girl, who we are going to name Maya Rose. Before getting married I worked as a teacher but am now unable to work because I am on a dependents’ visa, so I’m going to be a stay-at-home mum until we get our green cards. My husband works as a software engineer in Silicon Valley. I’ve been in the States since January 2005.

What were your reasons for moving to the USA?

Love, pure and simple! I had never considered emigrating before I met my husband, but obviously, in order to be together, one of us had to move to the other country. Since he was better able to support a family on his salary, I was the one to make the move.

How long did the emigration process take?

The H4 visa is probably the easiest way to get into the US. Once you’re married to an H1 visa holder, the process is exceptionally simple – I had my appointment at the US embassy in London 2 days after the wedding and had the passport returned to me 3 days later, with the visa.

Which state do you live in?

What differences have you noticed between the USA and the UK? 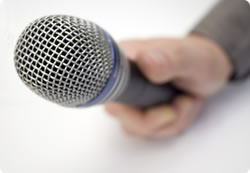 These are probably too obvious to mention, but I’ll list them anyway:

What is your favourite thing about the USA?

Waste disposal units in the sink. Is that a bit frivolous?

What do you miss from the UK?

The main thing is family and friends. In terms of material goods, I would say the thing I miss most is the food (bacon, sausages, chocolate, biscuits, quiche and pate). I also miss the weather, believe it or not! Eternal sunshine is all well and good, but crisp frosty mornings are nice every once in a while.

If you or your spouse work how easy was it to find employment?

I can’t answer that, as my husband has been employed with the same firm since before we met, and I am unable to work on my visa.

Has your quality of life improved, if so how?

I would say that my quality of life is pretty much as it was in the UK.

How does the cost of living compare?

I think overall it’s fairly similar, but I am living in a very expensive part of the US. Taxes seem to be about the same, but you have the added cost of medical insurance. Food shopping is comparable. Utility bills are about the same or slightly cheaper. Rent is more expensive. It pretty much evens out.
I’m probably not the best person to answer this as a) I don’t earn a wage over here so haven’t had first hand experience of tax differences and b) I was running a single person household in the UK and a 2-person household over here.

Yes.
Our plans basically hinge around whether or not my husband’s company fast track his green card application through the PERM system. If they do, then we will remain in the US for the foreseeable future, my husband will study for an MBA while I will (hopefully) be working and then we will see what happens. If they decide not to fast track the GC, it makes more financial sense for us to return to the UK so that I can work while my husband studies.

In retrospect is there anything you would change?

I would have to say no to this, but then I am a newly wed and I’ve only been over here for 8 months!

Think long and hard before making this kind of move. It may seem like an exciting new adventure but the every day hassles remain the same, without the benefit of your family and friends as a support system.