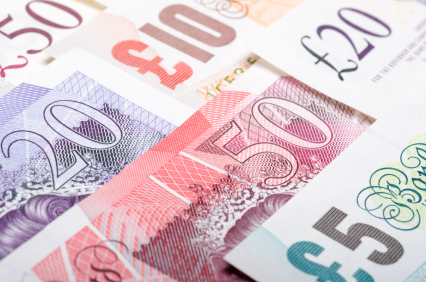 The Chancellor’s announcement on the removal of the pension death tax creates a field day for clichés! The speech drew widespread approval at the recent Conservative party conference. Osborne has done it again, pulling a ‘rabbit out of the hat’ to combat less than helpful headlines elsewhere. According to him it’s a ‘£150m giveaway’ and a natural follow up to his 2014 budget changes to pensions. Some have called it a ‘game-changer’, others a ‘rearrangement of the deckchairs’. As ever, ‘the devil is in the detail’.

The basic technicalities are quite simple. Pension pots will no longer attract death tax for anyone who passes away before age 75. For the over 75’s tax will be charged to those who inherit according to their personal income tax rate at the time. This could be anything from 20 to 45%. Therefore, instead of the pot being taxed at 55% and the remainder being passed on, the whole amount will be given to appropriate descendants and any future tax charges will be based on their circumstances.

Every individual’s tax situation is different. Some will spend the money on a Maserati, some will invest for income, some for capital gains and others will do a bit of both. How and when they withdraw money, and where it is invested will determine the tax payable. Inheritance Tax (IHT) might also be a factor in this instance. If a large pot, which has hardly been touched, is passed on to a wealthy relative, it is likely that the relative’s IHT position will change for the worse. Alternatively a smaller pension pot passed on before the pension-holder’s 75th birthday is unlikely to have any adverse tax consequences.  As always, it’s important to ‘read the fine print’ on such announcements!

The nomination of age 75 appears to have been made on a fairly arbitrary basis. The background to this reasoning is related to mortality rates, whereby actuaries calculate average life expectancy and governments base their financial projections on the numbers spewed out of the sausage machine. Here’s the rub though: even within the UK, life expectancy rates differ immensely. Those born in the South East of England can expect to live for around 84 years. Those born in Glasgow city only 73. The clear implication in terms of the new legislation is that the effects will depend very much on where you are born, live and then die.

On average therefore, pensions passed on in Glasgow City will attract no death charge whereas those in the South East of England will. I know very few average people though, and individual circumstances will be the real driver behind tax liabilities. Life expectancy is continually on the up and who knows what it will be in 10, 20 or 30 years’ time. More detail!

What are the consequences for QROPS and SIPPs? Opinions vary in the financial press. Some commentators see this as the ‘game-changer’ mentioned earlier; for others it is ‘business as usual’. To myself it is neither. How can we make sweeping statements when the particulars of individual cases vary so much? How can advice be the same for someone who has retired to France with a £1m+ pension pot, and whose main concern is the Lifetime Allowance (LTA) legislation, be the same as another person with a £100k pot retired in Portugal? What about currency considerations? How about family circumstances, total asset position, debts, health and potential inheritances? These are but a few of the issues every individual must be aware of.

In my opinion there are 2 basic ways forward;

Financial planning is a complex area; being an adviser I am of course biased. I do however genuinely believe that for most people, the answer has to be the latter. Below is a real-life case study.

My client has 5 pension plans from different providers. 2 are defined benefit plans, the other 3 defined contribution. He is retiring to France with his partner, and wants to make the most of his pensions with as little risk as possible. He understands currency risk, and as such needs to have his pensions converted to Euros. Sterling may well be be riding high at the moment, but without complex hedging products, he will be exposed to fluctuations should exchange rates move in the opposite direction. He knows there’s no point being invested in cash as interest rates are so unattractive at present, but neither does he wish to be invested in standard insurance funds, or do his own financial planning. There are around 300,000 funds currently available worldwide; he recognises that he doesn’t have the expertise to know which ones would be the best for him. In any case, he would prefer to enjoy his retirement and not be stuck behind his computer researching investment funds. For him, there are far more interesting ways of spending his time. He is aware that it’s important to arrange his finances in a way which maximizes tax advantages, both now and after his death. A QROPS with an investment bond in the form of an Assurance Vie is the solution that allows investors to:

Result – a thoroughly modern retirement plan that has the flexibility to change in line with any future legislation developments.

Putting all this together takes knowledge and expertise. Good advisers build up levels of both over many years. Reputable advisers would however say, ‘we’re just doing our job!’

By Phil Loughton
Axis Strategy Consultants specialize in the provision of advice on QROPS, retirement planning and wealth management to British expatriates to France and other countries – Courtiers d’Assurance registration no. 08 044 720