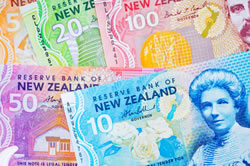 More people are working and unemployment has fallen to 5.6 percent according to the latest figures from Statistics New Zealand.

“We continue to see more people move into employment and although the participation rate has dropped from a peak last quarter, it is still at an historically high level,” labour market and households statistics manager Diane Ramsay said. “The unemployment rate fell from a revised 5.9 percent to 5.6 percent and is the lowest it has been since the March 2009 quarter.”

Annually, the number of people employed rose 3.7 percent in the Household Labour Force Survey (HLFS). Employment growth in Canterbury accounted for almost half of the total national employment growth over the year. In the Quarterly Employment Survey (QES), demand for workers from established businesses rose 2.3 percent. 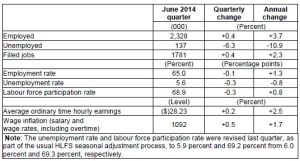 Our labour market indicators include the HLFS, QES, and LCI. The HLFS is a broad measure of labour market activity by individuals, while the QES measures demand by established firms for paid work and hourly earnings. The LCI is a measure of wage inflation.

Results from all three surveys are based on representative samples from across New Zealand. Explaining labour market statistics has more information on these indicators.

The ‘Can’t Do’ Bureaucrat

Whistling in the Wind