Moving to France – How NOT to do it.

My family and I have now been living in the South of France since March 2006. It has been a life changing experience and has certainly had its ups and downs! My husband and I moved with our 6 year old son and my parents. Some people will say we were naive but I think we were just very unlucky, and too willing to trust in people who called themselves “professionals”. So, in order to help others from falling fowl of the problems we encountered, I want to share our story with you. 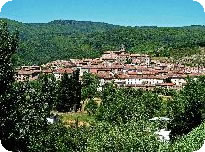 My family and I have now been living in the South of France since March 2006. It has been a totally life changing experience and has certainly had its ups and downs! I moved with my husband Craig, our six-year-old son Alexander and my parents, mum Jean and step-dad Harry. My two older children Chantal and Kristopher, from a previous marriage, decided they did not want to come to France, but just visit us in the school holidays, so they still live in the UK with their dad.

Some people will say we were naive, stupid even, but I think we were just very very unlucky, and too willing to trust in people who called themselves “˜professionals’. So, in order to help others from falling fowl of the problems we encountered, I wanted to share our story with you.

This is our story….

In 2004, Craig and I decided to emigrate with our son Alexander (Alex), my daughter Chantal, our two dogs Ziggy & Dyson and our two horses Archie and Danny. My other son Kris wasn’t interested in leaving the UK and wanted to remain with his dad, which was fine as I always said the kids should do what made them happy and maintained the children should choose what they wanted to do. So although I was sad about his decision, I was happy that he was free to make it for himself.

Craig worked a six day week, a five day week for a fulfilment company and a Saturday job as an estate agent. I was a P.A. for a property development company and we still only made enough money to barely pay the day to day bills, let alone enough to really enjoy life. We had come to the point when we really felt that life was no fun anymore. We both felt that there had to be more to life than this and decided it was time to do something about it.

Like so many people, our plan was to buy an already established business and hopefully discover a more relaxed, happier way of life. We all liked France and so in February 2005 we spent nearly four weeks scouring the south west of France, looking for the ideal place to live. We searched from the Dordogne to the Pyrenees Orientals travelling over 4000 miles and viewing 2 to 4 properties a day!

Needless to say, this was hard on Alex, then only three, but the purchase of an in car DVD player and a bunch of children’s DVDs proved to be a total lifesaver, keeping him happy on the long journeys and us entertained in the evenings.

We stayed at different places almost every night, from beautiful chÃ¢teaux to ancient village houses, which certainly helped us think about what we would like to offer any guests we might have in the future.

On the whole the accommodation was good quality with friendly hosts, who would often share an aperitif with us on arrival and always made a huge fuss of Alex! The prices varied quite widely from around 50â‚¬ to 120â‚¬ a night, but generally they were good value for money – although we did find the breakfasts of croissants and French bread rather boring after a week.

We hoped to find a large older style property with about 5 acres of land suitable for horses, which would make a good B&B, all for around £200,000. We were shown all sorts of property for sale, from tumble down ruins to ancient chateaux. It became apparent to us that the “˜immobiliers’ (estate agents), didn’t try too hard to match us up to what we wanted! Basically they took us to see anything that had been on their books for a long time.

The French don’t generally restore old property, they would much rather buy something brand new (it costs less for several reasons), so it is left to romantics such as ourselves to buy up these beautiful old properties and restore them to their former glory.

The first property we liked was a wonderful five bedroom farmhouse with a riding stable in the Tarn Valley. It was being sold complete with all the horses and ponies, indoor and outdoor Arenas, land, 30 odd stables, barns, show jumps and a cafÃ©! The price was amazing at only 300,000â‚¬ (around £215,000), it was low because the owner had been offered a placement at a professional show jumping yard in Spain and he was desperate to go.

{mosbanner right}Being a horse lover I was smitten and I loved the idea of running a stables, as I had run one before. The location of the property however, was very uninspiring, it was in a small village and the land and surrounding area was completely flat and uninteresting. We came from South Devon an area of outstanding natural beauty, Dartmoor, golden sandy beaches, and quaint villages. After a lot of thinking, we decided that ultimately although I may love the life there, that long term, my husband would not be so happy; having no equestrian interest at all.

Eventually we decided to continue our search.

Finally we found a lovely old four bedroom farmhouse with 25 acres of land a huge stone barn, complete with a new roof, which was twice the size of the farmhouse and just asking to be converted. It had spectacular views of the Pyrenees Mountains and was situated a 10 minute drive from the market town of Orthez not near Pau. We thought it could make an ideal B&B and equestrian business, so we made a low offer of 225,000â‚¬ (around £161,000). And to our complete surprise it was accepted.

British Expats – My place in the cyberworld

Government of Canada supports Saskatchewan in attracting immigrants to the province