Getting the best deal on your foreign exchange transfer can mean you are thousands of dollars better off when you emigrate, and it’s very simple to achieve. Having worked in the industry for 15 years, Matthew Gilmour passes on some key points to readers who have a transfer looming. 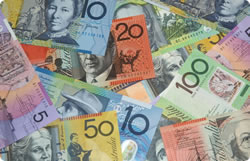 Getting the best deal on your foreign exchange transfer can mean you are thousands of dollars better off when you emigrate, and it’s very simple to achieve. Having worked in the industry for 15 years I hope I can pass on some key points to readers who have a transfer looming.

The first and most important consideration is safety of your funds. Therefore you should use a bank or a regulated provider. Regulations vary from country to country. Some jurisdictions, like the UK, do not regulate non-bank foreign exchange providers, whereas other countries such as Australia, formally regulate providers to ensure they meet certain financial, audit and training standards.

The second consideration is the exchange rate. Non-bank providers usually offer significantly better exchange rates than the banks but not always. There are some traps when comparing exchange rates outlined in the next section. The key is to compare at the same time and ensure you are getting a genuine quote.

The interbank rate is the wholesale rate, you wont get this but your aim is to get as close to that rate as possible at the time when you book your exchange rate (which will be the customer rate ). If possible negotiate a fixed margin or number of ‘points’ away from the interbank rate. The difference between these two rates, the margin, is how forex providers make their money.

Many providers display interbank rates on their websites without making it clear that these are not their customer rates, so you should not use their posted website rates for comparison purposes unless they are willing to be bound by them.

Constantly changing exchange rates make it difficult for consumers to compare exchange rates offered by competing providers. If comparisons are not done within minutes of each other one provider may look better than the other when it’s the fluctuation in the exchange rate that has made the difference. Also some providers will quote an aggressive rate initially to get you in only to quote you a far less competitive rate when the time comes to lock in the rate.

Ask the provider to quote their percentage margin versus the interbank rate and then compare each provider’s margin. Once the margin is agreed then you can monitor the interbank exchange rates from numerous sites putting you in control.

Example: Agree a margin of 0.5% from interbank. When you are ready to book a rate it’s time to check the interbank rate. If the interbank rate is  GBP/AUD 2.4000 then the rate you should get from your provider at that moment in time should be 2.4000 * 0.9950 = 2.3880 (if the rate is worse you should ask for an explanation – have a few sites showing spot rates ready so you can hold your ground if necessary).

As a guide, transfers over GBP 50,000 should attract a margin of less than 0.5%. As the amount gets bigger the margin should reduce further. Please contact OzForex if that’s not what you are getting!

The first rule of foreign exchange is that nobody can accurately predict future exchange rates and consumers should be very wary of dealers who claim they can. If dealers could  predict exchange rates it begs the question: Why aren’t they lying on their yacht somewhere enjoying their trading profits?  You will be better served making sure you are getting competitive rates and understand the options you have to minimise the impact of adverse exchange rate movements on your funds transfer.

The risk of exchange rates moving against you can be managed by entering a forward exchange contract (FEC).  An FEC is an obligation that allows you to buy or sell a specified amount of foreign currency at a fixed exchange rate (agreed upfront) for settlement at a specified future date – it’s a kind of “set the rate now – transfer funds later” contract. The forward contract effectively "locks-in" the foreign exchange rate for a future date, eliminating the effect that fluctuations may have on the proceeds of your transfer (for better or for worse).

Assume you like the rate today (or don’t want to risk it getting worse) and you will be receiving the British pound proceeds of your house sale in 60 days which need to be converted to Aussie Dollars:

Day 1: Agree the exchange rate with your forex provider at which you will convert your pounds for Aussie Dollars in 60 days (after this you won’t benefit from pound appreciation but you won’t suffer depreciation either)

Day 60: Transfer the agreed pounds to your forex provider

So forwards give you a known outcome prior to you actually moving funds.

Other factors:
1. Forward rates are slightly different to spot rates depending on how far forward you go due to the difference in interest rates between the two currencies

2. You would normally be required to provide a deposit against a forward contract (Usually 5-10% of amount to be converted)

Consumers can be hit with two fees when they transfer funds. The first can be charged by the forex provider or bank at the beginning of the transfer. The second is a receiving bank fee which can be deducted when the funds arrive at the destination account.  Savings on the exchange rate usually far outweigh the cost of fees so it’s important to look at both the fees and the exchange rate combination when transferring funds.

Getting the best deal is as simple as making a few phone calls to banks and regulated providers. Try and negotiate a fixed margin from the interbank rate with non-bank providers, generally banks are unlikely to offer this type of agreement. Make sure they stick to the fixed margin when you lock in the deal by ensuring you have a live interbank rate web page in front of you when you lock in your rate.

Getting your ITV in Spain