Divorce From Abroad for British Expats

These days more and more people from the UK are working abroad, either permanently or on long-term contracts.  Many are choosing to retire to a home in the sun. Unfortunately the latest Government statistics show that over forty percent of first marriages break down, and whilst it is bad enough to go through the upset and trauma of separation and divorce in the UK, the problems for expats are very much worse in many cases. 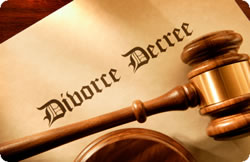 These days more and more people from the UK are working abroad, either permanently or on long-term contracts.  Many are choosing to retire to a home in the sun.

Unfortunately the latest Government statistics show that over forty percent of first marriages break down, and whilst it is bad enough to go through the upset and trauma of separation and divorce in the UK, the problems for expats are very much worse in many cases.

You feel somehow disconnected from the help you could obtain in the UK, the Citizens Advice Bureau, the friendly local solicitor just down the road, the powers of the English courts and their ability to dispense swift and fair justice, and you really can’t face the thought of going to a local lawyer, what with the language problems, the strange laws and customs, and you have heard that it takes years to get a divorce locally.

Before any readers start to think we are being parochial in our focus on the English court system we should explain that the English courts have jurisdiction over England and Wales, but not Scotland.

You may think that, because you are not currently a UK resident, you cannot use the English courts if the worst comes to the worst and you decide to get divorced.  Unfortunately this is true for those originally from Scotland or who believe they may be governed by Scottish law.  In this case you’d need to take special advice from a Scottish solicitor.

The good news is that in most circumstances anyone originally from England or Wales can use the English Courts, on the basis that you are “˜domiciled’ in the UK. Domicile is a somewhat obscure legal concept but means, basically, that you have a “˜legal connection’ with England and that the English courts therefore have jurisdiction to grant you a divorce for instance.

The House of Lords said recently that the test to be applied by divorce judges is, “was the connection with England of the parties and their marriage sufficiently close to make it desirable that our courts should have jurisdiction to dissolve their marriage.”

As long as an English court is satisfied that England is one of the parties “˜home country’ then the court can deal with a divorce, even in cases where someone has lived abroad for many years.

Sometimes, however, there are problems and judges have been known to reject a divorce on the grounds that the Petitioner is not domiciled in the UK (even though the party concerned may think they are).

This legal “˜snag’ can be a problem if you have retired abroad with the intention of never coming back, and may mean that the UK courts cannot help you.

In cases where the courts can help however most expats are surprised to learn how quick and uncomplicated a divorce can be these days. The average case takes around sixteen weeks, and neither party has to appear in court at any stage.

Of course the divorce itself is only part of the story.  If you have been together for a long time there may be property, pensions and other finances wrapped up in the marriage.  You may therefore be wondering how the matrimonial assets would be dealt with by an English court?

Firstly, the divorce courts do not deal with any of the matrimonial assets during the case itself, and will not do so until after Decree Nisi has been pronounced. Any financial or property disputes are then dealt with as an entirely separate case (an ancillary case) and even then only when the parties themselves cannot reach agreement.

{mosbanner right}Matrimonial assets cases should be avoided if at all possible, as they can take the best part of a year to their conclusion, you would have to attend at least two and possibly three court hearings, and they are very expensive indeed. By the time the average party has paid the court fees, solicitor’s fees, barrister’s fees, property valuer’s fees, actuary’s fees, forensic accountant’s fees and more he or she will need to have a very understanding bank manager. So, most solicitors will strongly advise you to agree, agree, agree even if it means a compromise.

The biggest problem of all is that the English courts cannot make orders in respect of overseas assets, except by consent so cannot, for instance, order a house in France to be transferred to one particular party.  This would have to be dealt with by a local lawyer.

Finally, you may also be wondering, “what about the children?”  Well, custody has been abolished in the UK, as has “˜access’, and the divorce process no longer deals with disputes concerning children, nor does it have the power any longer to make maintenance orders for children, except in very limited circumstances. Perversely (some would say), the court will not grant a divorce though unless an acceptable “˜parenting plan’ has been filed along with the divorce papers, dealing with such things as who will be the parent with care, contact with the other parent, housing, health and education, childminders and more.  Your solicitor can help you complete the necessary paper work for this.

Woolley & Co regularly handle divorce cases for expats around the globe. For more details about divorce, separation and family matters visit www.family-lawfirm.co.uk .
©Woolley & Co
Share on Facebook Tweet This Share on Google Plus Pin This Email This

Our Highs and Lows in Australia