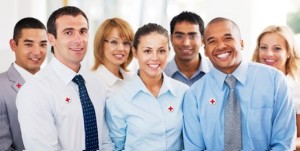 Getting a job in today’s competitive job market is hard but there are chances of getting a nice job if searched in the right way. With the power of Internet, people have started applying online for jobs rather than going for classifieds or employment agencies.  Finding jobs through job portals are effective and time saving.

There’s another way by which professionals can find jobs- Networking. Networking is a skill and some of the best opportunities are discovered by talking to people. The network of friends, relatives, etc. is good resources to search for a job. There are times when many jobs don’t get advertised, they get filled by word of mouth. This is the where networking is considered one of the best ways to find a job. Job seekers aren’t taking advantage of networking as they don’t want to be seen as pushy or annoying in any way. But they fail to understand that networking is not about using others or promoting them, it’s all about building a strong work relationship.

Networking is nothing but to know people around us. Knowingly and unknowingly we do networking everyday wherever we go. Networking is when we meet an old school friend, we speak to an unknown person while waiting in a queue, or while shopping meet former associate.  Thus every one we meet can help us in finding a job.

Networking is one of the best ways to search a job because people usually like to do business with the people they know and are acquainted with them.  Networking helps in recommendation as well from a pool of applicants. Sometimes people recommend others they know for a job and these applicants get a better chance.

There are many ways to grow professional network and find jobs. Follow them effectively to find jobs in your city or in another country.

Making a list of all the people known to one

Our network is usually bigger than what we think it is. It involves our family remembers, friends, associates, neighbours, etc. Its best to jot down whatever names comes to mind then one can see the list growing beyond imagination. Each of these networks would connect us to another’s network. For example one’s dentist can connect him to another patient.  Thus any of these members of the network might know of a job opening that might be useful and might not be listed in any online sites.

Feeling embarrassed about one’s job situation or feeling shy is common but one should think networking as an opportunity to get a better chance. People feel good in helping others so most of the people will genuinely try to help.  They usually like to give advice and show cases their own expertise.

Check what is required before starting networking

After making a list then it’s better to call every one and letting them know about the situation. One should not contact any known just by thinking they might not help. They might know someone who can be of great help. Calling and telling about the situation is not enough. One should properly explain about the job one is looking for and ask them if they know any one relevant to that field.

The best way to start is with those people who can give best references like the people who would love to endorse the ability, character, track record etc of one.  One needs to contact hose people first and ask them to network about their capabilities. One needs to fully describe their goals and seek their advice too. The people should be aware of the present job search progress too.

Listening actively is a very important aspect of networking

Networking depends totally on effective communication. One should focus on listening to the speaker without interrupting him unnecessarily.  This way one would catch every word the speaker says and use it for their own benefits. One should try to redirect the conversation to their concern rather than simply listening and waiting for their turn.  Then to show the speaker’s interest in the discussion it’s necessary to nod and smile in between the conversations.

Networking is considered as a give and take relationship where it’s very important to share information and make connection. In search for a new job, it’s very important to be authenticated. Hiding ones true self will ruin the prospects of getting a job in the long run. It would be more successful if one shows what they truly are rather than trying to project themselves what others would like them to be.

While reconnecting with an old friend or associate it’s always good to first catch up before one tells them about their need.  But if the person is very busy man then it’s better to tell one’s requirement straight way but with all respect of their time.

NaukriGulf is very helpful to all job seekers, we have variant of Jobs related to each sector. Get Jobs in Arabian countries with all famous Organization and Sector.
Share on Facebook Tweet This Share on Google Plus Pin This Email This