A budget focused on tax rises and spending cuts brings with it a mix of fortunes for British Expatriates. No change to the QROPS rules and the announcement that Government will end the effective requirement for members of registered pension schemes to purchase an annuity by age 75 with effect from 2011 – 2012 are positive. 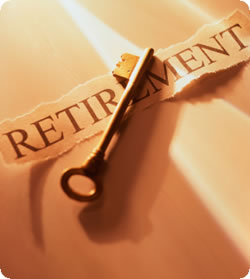 A budget focused on tax rises and spending cuts brings with it a mix of fortunes for British Expatriates.

No change to the QROPS rules and the announcement that Government will end the effective requirement for members of registered pension schemes to purchase an annuity by age 75 with effect from 2011 – 2012 are positive.

As an interim measure, members of registered pension schemes, who reach the age of 75 on or after the 22 June 2010, won’t have to buy an annuity or otherwise secure a pension income until after they reach 77. This will enable all such members to defer their decision on what to do with their pension savings until new rules are finalised during 2011.

This is particularly good news as it will give all British Expat pensioners, who opt to keep their pension in the UK, the opportunity to plan for the next stage of their retirement without having to make blind decisions; which could later prove very detrimental.

Importantly, this interim measure provides a degree of IHT protection to qualifying pensioners as the total tax charge at death between the age of 75 and 77 will now be 35% as opposed to a current possible highest rate of tax of 82% with the remaining assets being transferred to their beneficiaries.

Unfortunately, those pensioners who were already over the age of 75 as at 22 June 2010 and have not secured a pension income can still be subject to combined IHT and tax charges of to up to 82% on death.

Hence a transfer to a QROPS remains a very strong consideration as these schemes are not subject to UK IHT, special lump sum death benefit charges or unauthorised payment charges when distributing their assets on the death of the member. This makes them a real option for passing on 100% of any remaining wealth within a pension to beneficiaries. However, wealth or inheritance taxes may apply to distributions in the countries where the member resides and this should be considered carefully.

The revision of the State pension benefit age to 66 by possibly as early as 2016 must also be factored into the financial plans of all those considering to retire abroad. And with the reality of this being pushed out to 70 years of age in the following decade asks significant questions as to how individuals, that wish to retire earlier, are to fund their retirement.

Lastly, the budget was unsurprisingly silent on the inequality of indexation of state pension benefit for those Brits that live abroad. Some benefiting from annual increases whilst others not, irrespective of the level or duration of contribution to the social security system in the UK.

The budget could have been a lot worse for all but what is clear is that pensions provision and social security are front and centre of the agenda. QROPS remains a real option for those looking to pass on wealth, not wanting to commit to an annuity or are looking to shake off their UK domicile and those that favour keeping the pension in the UK, will most likely see tax rates fall on death but tax rise on income, which is contrary to almost everything else in the budget.

From London to Melbourne in 5000 posts!

The Economics of QROPS Pension Transfers.