US Permanent Residency Through Business Expansion

Multinational business owners are the elite, as far as the US immigration law is concerned. This is why they are classified as having the highest priority when it comes to US Permanent Residency. This article explores how owners and directors of foreign businesses may take advantage of this preference to secure a Green Card 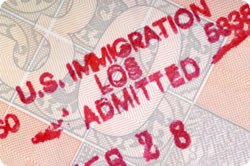 Multinational business owners and executives are the elite, as far as the US immigration law is concerned. This is why they are classified as having the highest priority when it comes to US Permanent Residency. Their cases are exempted from Labor Certification, and glide through the Green Card process fairly effortlessly, as long as they meet the minimum requirements: At least 1 years employment as an executive (or professional manager) for a company that has an affiliate, subsidiary or parent in either the US, or any foreign country.

While the above mentioned process is fairly obvious and straightforward in the case of an established ownership arrangement between companies on both sides of the ocean (or, on either side of the border, in the case of Canadian and Mexican entities), it is much less apparent when there is only a foreign company (or companies) and no related US entity. In such a case, the relevant US immigration laws and regulations provide for the following special route to US permanent residency through business expansion:

The entire process from initial transfer to US permanent residency status, if properly and expeditiously handled, may take as little as 1.5 years to complete. In the interim, both the foreign company and the US company must continue to trade in earnest.

While the size or the turnover of the foreign company is not directly relevant to the granting of the initial L1 transfer visa, only those businesses or organizations that lend themselves to a corporate structure are likely to be found to be qualifying organizations. This usually rules out retail business and restaurants, unless the parent organization owns and operates multiple units from its corporate offices.

Likewise, while the US subsidiary or affiliate need not mirror the foreign company in its business activities, it must also lend itself to a corporate structure to be considered a qualifying organization. Thus, if a foreign company’s goal is to transfer a director to the United States – either temporarily or permanently – we are of the opinion that it should steer clear of retails shops and restaurants.

{mosbanner right}The ease of the above-specified process has recently led some USCIS Service Centers to raise concerns regarding the bona fides of some of these business expansions, especially those originating outside of Western Europe. These concerns are expressed in the issuance of lengthy Requests for Evidence (RFEs), which request copies of corporate minutes and resolutions, as well as feasibility studies evidencing that the business expansion plan reasonably preceded the initial transfer petition. Thus, it is recommended that one allow no less than 90 days to properly law the groundwork prior to the filing of an expansion petition with USCIS.