"My name was called out at at 9.40am-ish. I followed the lady through a maze of corridors and finally through a door into an office of partioned cubicles ….. before I was allowed to sit down, she asked me to hold up my right hand and swear to tell the truth." Britishexpats member NC Penguin has recently become a US citizen and explains what happened at her Citizenship interview in Charlotte, NC. 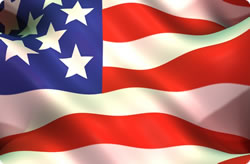 This is a description of my citizenship interview at USCIS office in Charlotte, NC.

My appointment was at 9.30am. Unlike previous appointments at this office, the letter stated I could enter the building up to half an hour before the appointment so I came through the front door a little after 9.00am.

The waiting room at Charlotte office for interviews is the one to the left. The other waiting room through the door on the right is solely for INFOPASS appointments.

I took a seat in the two thirds full room. There are two doors facing all the chairs so one can see people entering and leaving through either door. USCIS interviewers appear at either door and call out names of interviewees. You have to listen hard for your name because some staff don’t repeat the names they’re calling out and don’t call out loud enough.

My name was called out at at 9.40am-ish. I followed the lady through the maze of corridors in this newish USCIS office and finally through door into an office of partioned cubicles. We turned into one corner cubicle and before I was allowed to sit down, she asked me to hold up my right hand and swear to tell the truth.

First, I was asked for my Permanent Resident Card. I handed it over, the lady looked it over then handed it back to me.

Oh, I nearly forgot that I was asked to sign my full name (first, middle and last) along the front side of both photos I had submitted with the N-400 application months ago. The signature was to be a legible version, i.e. the reader could make out the actual name. This I did on each photo.

She quickly moved onto some questions that seemed awfully familiar to me. They were all the questions in Part 10, A through G on the N-400 application. For those who have sent in the N-400 application, if you remember or kept a copy of your application, Part 13 requires the applicant’s signature but it is mailed in without one signing it. It is at the interview that you sign, after having verbally answered all the question in Part 10, A through G. The interviewer ticked my responses, "yes" or "no" to each of the many questions.

Next came the test that I had prepared for. The lady interviewer began with asking me a question that required a number as the correct response. I guess I must have been a little nervous because my first response was incorrect. I corrected myself and gave the correct answer on the third attempt. After that I was asked nine more questions and each of those was answered correctly, without any hesitation.

The final part of the test  required me to copy out a written sentence. This was a doddle. In conjunction with this section of the test, I was asked to read two sentences. Again, this was dead easy.

I think this was the last part of the interview. At the very end, I was congratulated and told that I would have to wait a while, up to 45 mins, before I would be given a document to attend my Oath Ceremony, later in the afternoon.

I returned to the waiting room on my own. The first thing I said to my spouse was, "how long did that take?" "Ten minutes", he responded. "That’s only a few minutes longer than my (NC) driving test"…