America has been one of the destinations of choice for Brits seeking a new life and its popularity continues to gain momentum. The present value of the pound against the dollar and the lower cost of property mean this is an attractive time to look in detail at your options if you fancy a change of lifestyle in the US. This article explains why many consider the EB5 Visa an appealing choice. 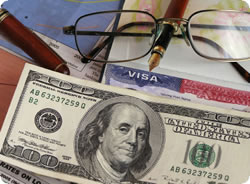 Thinking about emigrating or retiring to America? Why the EB5 investor visa may be an attractive option.

America has been one of the destinations of choice for Brits seeking a new life for many years and its popularity continues to gain momentum. The present value of the pound against the dollar and the much lower cost of property mean this a very attractive time to look in detail at your options if you fancy a change of lifestyle in America.

An increasing numbers of Brits are seeking to start a new life with their family to escape the stress and overcrowding which is viewed increasingly as a feature of life in Britain and many enjoy the all important sunshine and lower cost of living associated with life, particularly in Florida and California.

Over the past few years the Florida lifestyle has also increasingly found favour with British retirees. The key reasons apart from that winter warmth are the lack of language barriers, allowing for closer integration with the residents and a comparatively inexpensive cost of living.

As the whole idea of relocation or retirement is to escape day to day work pressures, a number of Brits are now moving permanently to America via the investment visa which allows you to retire or work where you like without all the constraints of the previously favoured E2 visa, which has run into problems in recent years, including as reported on both BBC and ITV documentaries the arrest of a number of business people who miss sold E2 visa business to British clients for fraud.

It is interesting to note the comments made by John Caulfield, Consul General, US Embassy London after a number of complaints were made to the embassy regarding concerns over the E2 visa.

“˜I would also like to point out that a non immigrant (E2) visa is not a good option for someone who intends to reside permanently in the United States. If the investor retires or sells their investment, his or her visa status lapses and he or she must leave the US. Only single dependent children under 21 are eligible for visas to accompany their investor parent, and when these children turn 21 they lose their status as a dependent and their visa. The more secure option for those that have the necessary capital is the permanent resident (green card) investor visa. In this case the required investment is one million dollars, or under certain circumstances $500,000.'

Christopher Bentley, a spokesman for the United States Citizenship and Immigration Services, said: "the EB5 investment programme is a win, win for everyone’.” It enhances the US economy; it provides jobs for US workers and it allows immigrants from around the world to fulfil their 'American dream'.

The rules surrounding the EB5 investment visa were relaxed five years ago to spur investment and create jobs. The change meant investors in specific regional regeneration centres could remain virtually passive, making the scheme more attractive to families wishing to work or retire A United States visa consultant said he was now getting 100 inquiries a month from interested Britons including business people, doctors, dentists, builders indeed covering all areas of life.

The EB5 provides the entire Family (including children under 21 at the time of application) permanent residency under green cards. If an application is successful the (petition is granted) the green cards are issued with conditions attached for two years – the conditions relate to evidence the money has been held and not removed, the investment made and the jobs created or at least evidence that the investment is in process.

Although this visa originally required an investment of $1,000,000 there are specific areas designated by the Government where the investment required is $500,000 (£249,000) which has to be held in an approved investment project for two years after which time they can theoretically sell the investment, however the implications of them doing this are rarely pointed out. Successful applicants obtain green cards that allow permanent residency and after 5 years can apply for American citizenship.

The $500,000 programme called the EB5 pilot programme is scheduled to end in September 2008 and given 2008 is an election year in The USA and immigration legislation is very contentious there is no certainty the programme will be extended.

Although there are only a small number of companies offering investment options for this visa their track record varies considerably and the vast majority of Brits have opted for a handful of established projects .Indeed it is not generally recognised that although there are theoretically 17 different programmes a significant number of those have not been properly activated or have no track record of clients having their conditions removed after two years., a worrying dilemma!

There are a number of reasons why it is important to seek independent advice before taking at the first hand all the claims made by the various companies relating to the programmes that promote the EB5 visa.

There are a number of areas potential EB5 investors need to be aware of from legal, investment and practical perspectives that are not readily apparent from the various programme details.

British applicants in particular have often focused on the investment potential at the expense of the visa implications of the various schemes which may cause them certain problems at a later stage.

{mosbanner right}One of the criteria for the conditions to be removed after two years relates to job creation meeting the required criteria for the EB5. However good the return on investment may be, if a particular project fails to create the required number of jobs there is the real risk that the conditional visa could be revoked. It is interesting to note that investors from other countries have focused on schemes which offer a lower investment return but monitor more closely the employment criteria, which is after all the more critical consideration in having the conditions removed.

Another problem is that British visa applicants have little opportunity to verify all the information they are given in some very convincing brochures and documents. There are significant implications relating to key political considerations behind individual programmes, that may not become evident until the times comes for the conditions to be removed

A key point to be wary off is that all too often brochures and programmes focus naturally enough on the positives but it is important to obtain an independent perspective to ascertain the negatives as implications can be far reaching but not readily apparent, and don’t expect the regional centres to verify points if you do not know what questions to ask! .

For those wanting security and the flexibility to work, run a business or to retire the EB-5 has certain distinct advantages, but there are also some important caveats you need to be aware of.

Stephen Parnell and Andrew Bartlett are Managing members of the web site www.EveryVisa.com which offers unbiased details of the various EB5 investment schemes.
Share on Facebook Tweet This Share on Google Plus Pin This Email This

US Permanent Residency Through Business Expansion