"It’s seems strange to sit here typing this, about to pour your heart out and tell the story of your life so far and know that complete strangers will read it, and the people who do will never know you, or meet you, or maybe even understand half of it." In the first of a new series of articles Caroline shares her story of how she met her husband, and the subsequent immigration journey she went through in order to join him in the USA

In this article Caroline shares her story of how she met her husband, and the subsequent immigration journey she went through in order to join him in the USA. 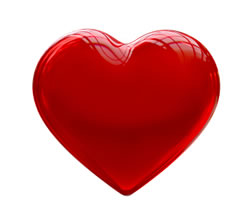 It’s seems strange to sit here typing this, about to pour your heart out and tell the story of your life so far and know that complete strangers will read it and the people who do will never know you or meet you or maybe even understand half of it.  How much do I tell?  Will they want to know all that?  Who knows, I guess I’ll just tell it as it was and now is!

Born in Birmingham on 5 May 1964, the youngest of four children, there was a twelve, fourteen and sixteen year gap between myself and my sister and two brothers, so I grew up feeling pretty much like an only child, my parents were licensees running pubs and hotels they had little time for me.  We were living in big Cities and when I was three I was sent to the first of many Private Schools, this left me isolated I had nowhere to play, no garden and friends from school lived far away, so I spent most of my time alone in the flats above the places that they ran.

For years my father had been unwell so in 1974 they took early retirement and we moved to a tiny village called Pershall in Staffordshire.   It was in the countryside and finally I was to attend state school, I was able to play outside and have friends nearby, it was such a wonderful place and for me a dream come true.

My Dad and I spent a lot of time together when we moved, I was very close to him but didn’t really get on with my Mom, she was always elusive and standoffish and never really around.  I had always dreamt of owning a horse and that year my dream came true, my Dad found me a wonderful pony called “˜cheeky’ and we set about looking for grazing for her.  Dad collected me from school one day and said he’d spoken to a lady called Pat who lived about a mile from us in another tiny village called Brockton and she had grazing and off we went to see her.  I always smile when I remember the first time I saw her, we walked to the back of the house and saw a lady on her hands and knees, bum sticking up in the air, with her arms down the drain, we said hello and she stood up to greet us her arms black to her elbows in thick smelly black “˜drain gunk’ nobody shook hands!  Pat showed us around the place, my Dad and she got on really well and I knew my pony and I would be happy there.  Dad and Pat then went off to talk about fees and Pat introduced me to her two sons, Simon who was six and Guy who was four.  My memories of the boys on that first day is so vivid too, I was a city girl dressed all prim and proper and here were two lads who I envied so much, they were running free, their clothes were scruffy and dirty, they were laughing and so carefree.  They showed me around the place as their Mom had done but this time they showed me all the places that kids find interesting like the loft in the hay barn, the pond, up trees, hiding places, out buildings, that day the three of us became firm friends, it was as if I was meant to be there.

I spent every possible moment at Pats with my pony and my “˜brothers’ Simon and Guy.  Pat and I became very close, I looked upon her as my mother, we used to talk I could tell her everything as she could me. It was during this time that I learnt about Jackie, she was Pats oldest daughter in fact she was exactly three months to the day younger than me, she died when Simon was only five months old of Cystic Fibrosis.  Knowing about Jackie made Pat and I even closer, maybe she could look upon me as the daughter that was so cruelly taken away from her, who knows, but I have always thought of Jackie as the best friend I was never to have and whom I will never know.

Pat taught me, together with the boys how to cook, but not boring things, she taught us to make jam from the wild fruit we picked together from the hedgerows, toffee, fudge, sweets and cakes and all the things most children are told that they can’t have!  I spent so much time alone with Simon and Guy too, we used to lie for hours in the hay barn talking about nothing.  Sometimes we would mess about on my horse and also on the donkey Trotski, we loved him but looking back I don’t know why for he wasn’t really a very lovable donkey; he constantly bit and kicked us!  We had chickens all of whom had names our most loved was Henrietta, she was a poor little thing she only had about four feathers but she loved being picked up and carried about by us.  We played on our bikes, we climbed trees, we built dams to make the stream swell so that we could paddle in it, although looking at it now it’s just a muddy ditch, we swam in cold, dirty lakes, we built tree houses, we planted conkers in the hope that they would grow into trees so we could one day have our very own conker supply, we were three happy children who were allowed the freedom which is denied to so many children these days, we were very lucky.  I can honestly say that those years were the happiest of my life, how I wish I could re live them all over again.

I could detract from the subject now and tell of hundreds of other memories all good from our childhood like the free horse, the water butt, the keyhole upstairs at the pub to a room full of treasure, the chip butties we got if we were good, Simon and Guys “˜driving’ lessons in my Dads car, the jump from the barn into the muck heap, the longest  and coldest walk ever in mid winter from the school bus stop, the sugar shortage and spending hours in the queue, Jack’s upside down bruises when Tammy kicked him, our first ever “˜grown up’ party, the numerous taken to bits household items that never got put back together, the stone polisher, Guys stylophone and the repetitive tune, the list is endless but I guess that’s not what you want to hear, perhaps one day I will write that book!

{mosbanner right}After two years of this wonderful life my parents decided to buy a Hotel in Kinver about fifty miles away.  Another vivid memory is leaving my beloved Brockton with my Dad as we drove away I was crying he assured me, “˜don’t worry Caroline one day you’ll be grown up and I promise you that I will buy you a house here and you can come back.’  So we moved, my pony stayed at Pats and I was allowed to go and stay there every school holiday, which I did.  I used to count the days that I could go back “˜home’ to Pat, Simon and Guy.  As we grew older not much changed we were still very close, but as teenagers do we became interested in music and Sunday at 5pm we used to sit with the radio on singing all the chart songs, waiting until 7pm when we would know what song was to be number one that week.  One week I remember so clearly we were sitting in the dining room having just eaten our tea (I even remember it was chicken casserole) when a song came on the radio, it was called I Feel Love by Donna Summer, I have however over the years developed a habit of changing the words to songs, when this one came on we all began dancing around but I changed the words from I Feel Love to Nappy Rash, little did I know then the impact that song would have on us many years into the future.

A year or so after we moved away my Dad died and lots of things began to change, my mother who was not an “˜animal’ person said that my pony was costing too much and had to be sold, heartbreakingly she was. I remained close to Pat and the boys but as time went on I also moved on, with “˜O’ levels and then work I didn’t spend as much time there as I used to, Pat and I talked often for hours on the telephone and when I could finally drive I was able to visit her again.  I saw Guy lots over the years but Simon was always out when I visited, so I saw less of him.

So life moves on I got married, had children and Simon and Guy went their own ways, I remained in touch with Pat throughout this time as I still considered her to be my “˜Mom’ and we were as close as ever.  Over the years she kept me up to date on what Simon and Guy were doing so I knew that Simon had moved to California and was doing “˜IT stuff.’

In December 2006 I separated from my husband and spent a few years, bringing up Jack our son and working hard, then out of the blue on 10 October 2008 I got a e mail via “˜friends reunited’ from Simon asking if I was me.  I was delighted as I hadn’t spoken to him for so many years, I e mailed him back and the next mail I received told me he’d heard a song on the radio which reminded him of me, so he’d spent a couple of weeks trying to find me.  I immediately knew the song had to be “˜Nappy Rash’ so I mailed him, of course it was.  I also told him I was confused as to why he had spent time looking for me when all he had to do was ask his mom for my telephone number or e mail address, his reply was simple and sums Simon up “¦”¦”¦”¦”¦”¦.I did it my way!

Do You Want to Live Permanently in Florida?