From Wigan to Detroit

"I was recently browsing this excellent website, britishexpats.com, for the first time and found a bunch of interesting topics that I can personally relate to.  I felt the need to throw my hat in the ring and offer some of my experiences from moving between my home in the north of England to the suburbs of Detroit, Michigan." Andrew Wagstaff writes about his life changing decision to attend university in the USA when he was 18 years old. 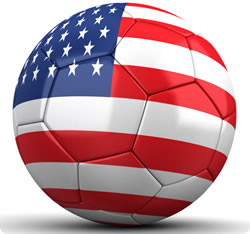 I was recently browsing this excellent website for the first time and found a bunch of interesting topics that I can personally relate to.  I felt the need to throw my hat in the ring and offer some of my experiences from moving between my home in the north of England to the suburbs of Detroit, Michigan.

Moving to the USA for me when I was only 18 years of age was not as traumatic as I would have thought.  However, over the years I look back and realize what a massive life changing decision I made at the tender age of 18.  This is a subject that I feel strongly about because it has had such a profound effect on my life.  Therefore, I will take some time to reveal my story and hope that it is not to boring.

I was always a football (soccer) mad boy and really could only function normally on a footy pitch.  I was good in school (in the top form) but never really tried that hard, in fact if my PE teachers had not convinced me that making it as a footballer would be hard and I needed a fall back plan, then I may not have managed to get 9 GCSE’s.  At 16 I thought I had realized my dream when I signed for Bury FC in the English second division but embarked on a horrendous two years before getting released at age 18.

Suddenly I was left with a dilemma, stay in England and play for non-league teams whilst attending college or take an offer of a soccer scholarship to the USA.  I spent a long time discussing this with my extremely close family, my Dad (Jim) and Mum (Anita) along with my close brother (Tony) I decided to plummet for the move across the pond.

So off I went at just 18, nearly 19 years of age to Oakland University in the suburbs of Detroit, Michigan.  This was a massive culture shock, sometimes I think it still is 15 years on.  Although I have had a fantastic time and have learned so much I can’t help feeling like I have missed out on a lot of family memories that I can never replace.  This (family), friends, English telly, foods and drink and of course 24 hour football is what I miss most about England.  I also miss the down to earth approach and the desire to take life with a pinch of salt to help relieve the inevitable stress we all feel.

I had intended to come back to the UK to be with my family, but when I returned with a BA degree in psychology in hand all I could find work doing was part-time at Bolton Wanderers then Liverpool Academies as a coach and full-time with a local sports shop.  The 9-5 mundane work day made me brain dead and I knew I needed to carry on in Football either as a player or a coach.  Then I was offered a double deal to go back to America, to play for Detroit Neon an indoor professional team and also run my own youth soccer league.  My girlfriend of that time (English girl that got refused three visa’s to enter the USA because she was a single mum)and I decided to take the offer and start again in the USA.

Well off we went, my ex, her one year old daughter and I got a rented apartment and work like slaves to make ends meet.  Even though it was hard work I always felt like there was a pot of gold at the end of that rainbow a feeling I have never had in England unfortunately.  My ex and I went our separate ways when she could not move to the USA and I was not prepared to move back to England when I had the luxury of playing and coaching football for a living.

Since then I have retired from a four year professional playing career and now coach full time in the Detroit area.  I have got 5 British lads who work for me and I have managed to get a nice house, car, flexible job and a fantastic new girl.

Everyday I think about returning home to England.  When I tell people this they ask me why I would want to move back whether they are my mates from England or English friends that live in the USA.  They just don’t seem to understand that the little things in life, the BBQ in a sunny summer with family and friends, soccer AM on a Saturday, in fact Saturdays in general in England are the best, and a pint with mates and a bag of fish and chips on the way home are priceless experiences.  However, money and job satisfaction dictate my decision and although I think I could get a job in England coaching (was offered full time job by Liverpool) the money and standard of living I would have just does not compare.

{mosbanner right}The USA is now certainly getting closer to England or vice versa in many ways which makes life easier to deal with when I am in the USA.  For example, BBC America has all the good telly shows, football at the weekend is on all day and all the live games get beamed across.  So now the little things that I used to miss are now there to be had.  Again the most difficult situation to deal with is missing family and watching my lovely nieces (Caitlin and Eve) grow up without me in their daily lives.

Well, I have been there 15 years now and feel fortunate for the opportunities I have been given from being a footy mad boy, but family and friends and a feeling of truly being home have been sacrificed to fulfill my dreams.

I currently own my own soccer camp business and run my own youth soccer league.  I don’t think this would have ever happened in England.  Although I am fortunate it has been hard work and sacrifices but all in all I have no regrets.

Mandatory Reporting of Foreign Investment in the United States