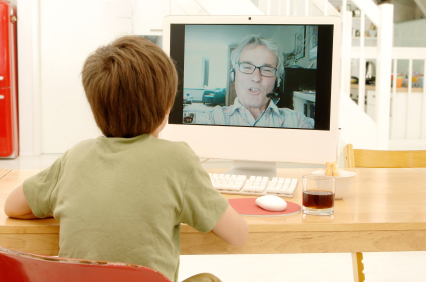 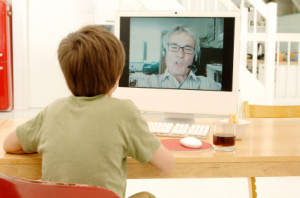 As of July 1 the cost of browsing the internet on a phone in the European Union has dropped by more than 50%, as well as caps being put in place to reduce the cost of making and receiving calls. The European Union has been planning the reductions in roaming fees since 2007, in order to provide a fairer deal to those visiting the EU and expats moving to Europe.

The ever-increasing number of public spaces such as cafes, hotels and tourist sites that have an open Wi-Fi network, means that expats and visitors to Europe can send and receive emails easier than ever before. However, there is a wealth of other email-alternative services available to help you keep in touch while abroad that will not cause an unexpected shock when your mobile phone bill arrives.

Users of iPhones and iPads have sung the praises of Apple’s FaceTime app since its introduction in 2010, which allows video conferencing across the internet. However the main drawback of FaceTime is that users need to be on an Apple device. A similar service is provided by Skype, a free to use video and voice conference calling service that has been the application of choice for many expats across the world for 10 years and is usable on most mobile devices (mobile phone, tablets etc) and desktop computers. It is also possible to call regular landline phone numbers from Skype, although this is a paid-for service.

Google’s alternative to Apple’s FaceTime and Microsoft-owned Skype is called Hangouts, which utilises functionality from its social network, Google+. Hangouts is an instant message and video chat application, which was launched in 2013 and allows the user to hold a group video chat with up to 10 users at one time.

There are various other pieces of software and web-based services available to expats moving to Europe, not forgetting the messaging function on social media networks, including Facebook, Twitter and WhatsApp.

It is not unusual for expats to get homesick while living abroad. This is one of the main reasons why people choose to move back home. However, advances in technology, such as widely available Wi-Fi networks and cheaper data roaming, mean that it is easier than ever to stay in touch with family, friends and colleagues after moving abroad.