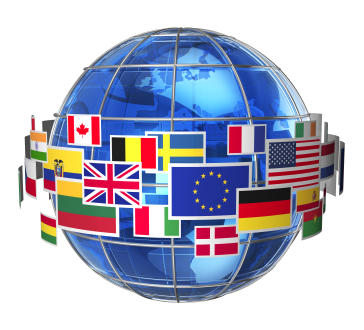 Let’s start with a stat. Two thirds of Europeans say house prices are too expensive. That’s according to a survey of over 12,000 European consumers by ING Bank.

It’s very possible that you’re reading this in the UK, and wondering whether that 66% have ever taken a look a property prices in the UK, and if they know how lucky they are!

But it’s true that the property market in Europe is starting to show some signs of life and for two of the countries that were worst hit by the financial crisis – Holland and Spain – there are some reasons to be hopeful once again.

Elsewhere, property prices in Ireland are up by nearly 15% in the last year, according to figures from the Office of National Statistics. That’s an increase of nearly three per cent from a year ago.

But despite these stories of positivity, property prices still haven’t recovered to those pre-crash highs; in some cases, they’re nowhere near. Returning to the example of Ireland, house prices in Dublin are still 39% lower than at their highest level in the early part of 2007 – apartments there are down by a staggering 46%.

Contrast tales like these with the UK, where the property market has been bubble-like over the last couple of years. In London and the South East in particular, we’ve seen house prices rise at a remarkable rate, and across the country as a whole, prices have gone up and up. We heard last week how house prices in the UK fell for the first time in 17 months, with a 0.2% fall in September, but still the average UK house price of £188,374 is still well above the figure of £172,000 from year ago.

This sort of growth is just not being seen across Europe as a whole, and as such, the opportunity is still there to take advantage of a much slower rate of growth on the continent. If you’re thinking of buying abroad, now might be the right time to act before house prices go up in Europe – though of course, no one knows what will actually happen.

Also, the current euro weakness provides further opportunity for British investors to get more for their money. Even in the space of the last three weeks, the strength of the pound against the euro has really gone up. On September 9th, GBPEUR was at 1.2493, with £300,000 worth nearly €375,000. By October 2nd, that same amount of money would have got you over €10,000 more – that could be the difference between a good house and the house of your dreams.

The euro is in a bad way right now, so British investors may wish to take advantage of the fact that their money will go further. And with affordable house prices still available on the continent, this might just make the temptation too much for some.

If you’d like to know more on how to get faster cheaper currency transfers click here for more information.