Going Home to the UK – but where has home gone?

We were looking forward to a trip back to our old home ground – SW London – catching up with family and friends and being a tourist. We’d not been back en masse for perhaps 4 years and had been told of “the Changes”. We had been warned “it’s not the way you remember” and do you know what, they were wrong!

Please note that the information provided in this article is of a general interest nature and intended as a basic outline only. You are well advised to contact a professional for advice specific to your circumstances. Nothing contained in this article should be seen or taken as the writer or the publisher providing legal or financial advice. 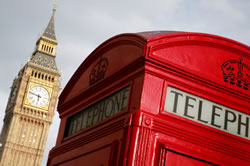 Some of Marbella’s worst weather – invariably heavy rain – visits for a couple of days in mid-February so it’s good timing to escape before easing into spring. This year was no exception with the region’s reservoirs, local water authorities and swimming pool owners breathing a collective sigh of relief.

To coincide with certain family festivities and half term, I took my wife and three kids back to London for a few days. We were all excitedly looking forward to a trip back to our old home ground – South West London – catching up with family and friends and being a tourist.

We’d not been back en masse for perhaps four years and had been told of “the Changes“. Like a medieval secret lying deep within a cryptic scroll we had been warned “it’s not the way you remember it” and do you know what, they were wrong!

London is exactly the way we remembered it, a few more completed buildings have been added, some fine looking apartments lining the North and South banks of the Thames, the odd new City tower and renovated barracks on the Kings Road but no real changes.

At Stamford Bridge where my young son and I cheered like mad an FA Cup tie victory by Chelsea over Huddersfield Town – no changes there except perhaps the whole experience was probably better than I had remembered from previous years.

Our family and friends are just as always, a combination of warm, generous, funny and extreme.

I know that having lived in Spain for nearly six years hasn’t totally dulled my joy of London life, where I spent over thirty fabulous years. We all slipped very easily back into “Nappy Valley, staying with great friends in Wandsworth, indulging every sense with trips to the cheese shop on the Northcote Road, struggling with the no less than eight different varieties of “passata” at Waitrose and getting cold on the Thames.

No, London itself is a jewel, a beautiful City with all manner of great things going for it – a few age old contras but many pros.

The Real Change, which hangs like a cloak over all too many conversations, is a feeling which I can best describe as “fear“. What on earth do I mean by this?

There is the ever present risk of street crime. I simply cannot believe I am writing these words. For many years I walked home from the Tube or over ground station having caught the last train. At no time did I feel at risk.

A few short steps after leaving the Southern region train at Clapham Junction we were aware of two youths running defensively backwards shouting with their hands raised. Emerging from under the railway bridge was a hooded figure, who having abandoned his car in the middle of the road, was darting and diving in their direction. I heard words as he reached with his right hand for the back of his belt loop to reveal a short hand gun which he pointed at the fleeing pair. The words were “What are you worried about?”

Within less than a minute perhaps a dozen police emerged from a riot vehicle as we ran to the comparative safety of the station car park. My kids luckily thought it the filming of an episode of the Bill – it wasn’t!

There is an obvious reduction in personal liberty. Dinner table talk used to about the price of property it’s now dominated by statistics such as that old chestnut – that there are more security cameras in London than in the rest of Europe.

London’s Mayor, Ken Livingstone, is seen a latter day Red Robin Hood fuelled by the politics of envy and convenient socio-political arguments to see just how far he can squeeze the pips by imposing increasingly pernicious local car orientated taxes.

God forbid you dare to take a car bigger than a fag packet into Central London, if the Congestion Charge doesn’t get you, the eye popping cost of on street or underground car parking will.

There are Smart cars in “Traffic For London” livery – I saw one – adapted by the addition of a telescopic – perhaps twenty feet when fully extended – surveillance camera emerging out of its roof to catch all would be parking dodgers and bus lane gamblers.

A staggering number of people seem to have totally unalterable views about immigration and the effect wrought on many boroughs in the Greater London – and no doubt other parts of the UK.

I was told that pubs in Ealing have been handed over to Poleish speaking management supplying plentiful Pilsner, beetroot soup and cabbage to their core Polish speaking clientele. Did I know that in Wales more people spoke Polish than Welsh!

Interestingly it seems that the Polish are a special case, they are OK as they often work in the building trade. They are skilled at digging out to head height a basement or complete the rewiring on a buy to let apartment in record time. They know the value of “hard work” so are excused the usual anti-immigrant rants.

{mosbanner left}The generalist polemic is often aimed at the Muslims. They are blamed for the comparative difficulty of opening a bank account, the “Surveillance Society”, poor lane discipline on Motorways and no doubt the poor Sterling to Euro exchange rate. Every conceivable modern ill is said to have its origin fairly and squarely at their door. That’s all except the nice chap at the Pharmacy.

The streets of London’s are truly cosmopolitan but does diversity have to be expressed in terms of imposing the will or practices of A on B – or vice versa – I don’t think so. Maybe London – and other major UK cities – would do well to learn the lessons of the inhabitants of Gibraltar where Christian, Jews and Muslims seem to rub along very well – and have done so for several centuries.

From my old family home in the Surrey’s “Stockbroker Belt”, my wife picked up a familiar children’s clothes catalogue unsolicited but sent to my Mother. She was asked to rip off the mailing address if she threw it away. I noticed that my Mother had purchased a paper shredder and believing that she had finally lost it we promised to do just that. Arriving in London we noticed in most friend houses that before throwing away any mail in one of their many recycling bins the envelopes and any address details are dutifully destroyed or removed.

On a very positive note recycling is being taken very responsibly by the majority of the South East households we visited. Often there are two – colour coordinated bins and they are placed kerbside on the relevant collection day. A triumph for our “Green” friends – well done.

Whilst being in a smoke free pub is a pleasant change smokers have been cast as “the” social pariah, the lowest form of life, barely more acceptable than members of a Fox Hunt. They have to gather around aluminium boxes screwed to the wall outside restaurants and pubs which bear a sticker and cautionary warning that dropping their butt after smoking could leave them liable to a hefty littering fine!

I heard that Phillip Morris, the tobacco giant, is developing a mid range length of cigarette for those who are seized by the urge to smoke and must huddle in the cold for the shortest of time to top themselves up before frostbite takes hold.

Obviously I applaud the efforts on the health front but to demonise as many – and figures vary – as circa 25% of the UK adult population just seems wrong.

The most striking changes are to be seen on the High Street – or at least London’s version of it – Regent Street. Gone are some familiar brands and they has been replace by the icons of the New Age.

The most startling is the new Apple Store. Built on formerly consecrated ground, occupied in the 19th Century by the Hanover Chapel, this new temple to Digitisation sees the faithful seeking to try out the new Apple Mac Book Air – as there are no chairs to sit on – either standing awkwardly, bending at uncomfortable angles or genuflecting before the most impressively thin laptop.

It has been suggested that I am a Marbella Apologist – whatever that means. I critisise the bad and praise the good in this society as I would if I lived in the UK. It’s just there is an awful lot more good here than bad!

{mosbanner right}Should I be apologising for preferring to live, and allowing my family to thrive, in a corner of Spain where according to the UK media we are bedevilled by Eastern European crime syndicates waiting around each corner listening out for a British accent before pouncing? Sorry – no.

More power to the woman living for over 20 years on the Costa Blanca who, with her husband, had suffered great indignity and loss at the hands of “an Eastern European” gang and retold her story for the purposes of the – no longer with Trevor MacDonald – “Tonight” show.

Having detailed the litany of miseries that she and her husband had been subjected to, she confidently predicted that they would not be moving back to the UK because she loved living in Spain. Such a cowardly attack was insufficient to dissuade her from continuing to live in Spain. Acknowledging that the same thing could have happened in the UK at any point over the last 20 years, I was surprised that her candour and unwillingness to sing off the “Tonight” Producer’s “song-sheet” made it past the cutting room floor.

Evidence of this kind of “Blitz Spirit” that formed the backbone of Post War Britain is alive and well. It’s living a robust and proud life in Spain.

It always makes me laugh as we wave off fellow parents at my kid’s school for the Christmas, Easter or summer holidays you hear the words – “Are you going “Home” for the holidays?” Well, one thing I now know for certain is that my “Home” is currently in San Pedro De Alcantara!

Canada – The Right Move For Us