The Economics of QROPS Pension Transfers.

The main benefits of a QROPS transfer are obviously the tax benefits. These benefits can save individuals who transfer into a QROPS in a tax free jurisdiction such as Guernsey sometimes 50% if the pension is large and they are in the top bracket.  Obviously the absolute dollar amount of these savings grows as the size of the pension moves one up in tax brackets and the charges drop in percentage terms.

…. the larger the pension the greater the benefit. 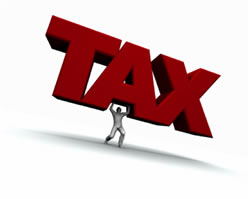 The main benefits of a QROPS transfer are obviously the tax benefits. These benefits can save individuals who transfer into a QROPS in a tax free jurisdiction such as Guernsey sometimes 50% if the pension is large and they are in the top bracket.  Obviously the absolute dollar amount of these savings grows as the size of the pension moves one up in tax brackets and the charges drop in percentage terms. This is why smaller pensions often are best left onshore, the charges are higher in percentage terms and the tax savings much lower if it is a small amount to be drawn and in a low bracket like 15%.

I think as long as one meets the general criteria which I believe are rsa pre-requisite to do a QROPS (not returning to the UK, in a country that doesn’t tax or places a low tax on receiving pension income from abroad, and has a pension worth about 100,000 GBP or more, one almost always come out better off by doing the transfer. Since most transfers utilize a portfolio bond which allows one investment freedom cone could almost always recreate the same portfolio one was previously invested in onshore (although there are enormous opportunities for more consistent funds which are only available offshore). Thus for sake of comparing one’s situation if a transfer was made versus if it was left alone, one can assume performance is not affected (although in my experience it is positively affected).

On a large pension, say 500K, one would most likely be in a high tax bracket when drawing this down.  With no growth whatsoever, transferring this pension would likely save in the ballpark of a quarter million pounds! Obviously if it is a 100K pension, the savings would maybe only in a lower income bracket such as 15%, and thus it may only end up in savings of around 15K pounds. The difference in the amounts isn’t anywhere near the difference in the amount of savings. Around 200K up the number start to get really excited in the amount someone can save. Obviously these numbers are very general and people’s situations and the different provider’s charges will always be constantly changes, but these examples are fairly common in my experience.

One obviously also has the potential to avoid inheritance tax as well, which means on any residual amount left in the pension at the time of the individual’s passing might save a 40% tax.  When you combine the income and inheritance tax avoidance possibilities of a QROPS, on any decent sized pension the opportunity to legally avoid tax can be enormous. I absolutely love this market as an advisor because it is one area in which you can advise a client and no that there is no way that you haven’t helped him come out ahead. In a world with the crazy markets we have had the last few years, it is an advisors dream to find something to recommend with confidence again.

One thing should be mentioned on one big potential pitfall in the QROPS world. Many are offering to pay out more than 25% of the pension in a lump sum using various mechanics and tricks, but a potential attack by the HMRC for an unauthorized payment could see the individual penalized 55% of the value of that payment. Please be very careful about this no matter how confidently your advisor claims a larger payout is no problem. It is much better to play it safe and stay within the rules and the spirit of the legislation, which already allow one to legally save bundles in taxes.

About the Author: David Mayes MBA is a wealth manager specializing in QROPS transfers for British expatriates around the globe. Please feel free to address any questions to [email protected]