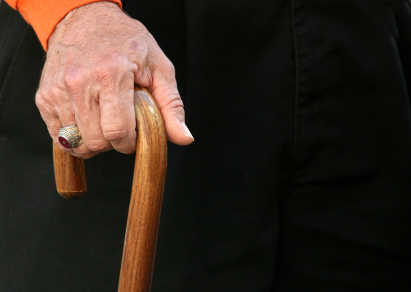 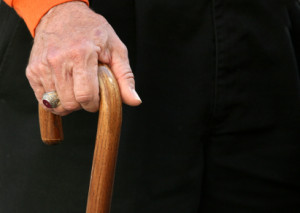 Many expats living in Spain fail to recognise the importance of family and community to the Spanish people. Unlike many Northern European countries, where the sick and elderly are shipped off to hospitals, care homes and hospices, it is still the culture in many Mediterranean countries that families generally take care of their own.

I often receive complaints from expats living in Spain about the overall care in both National Health, as well as private hospitals. Complaints are rarely about the quality of medical care, which by all accounts, could not be higher in any part of Europe. However, there is a heavy reliance upon family and close friends to provide basic nursing and aftercare following surgery. Cleaning and washing patients, providing some food and feeding patients is usually carried out by close family members, unlike hospitals in the UK, Germany and Sweden, where this kind of care is normally regarded as basic nursing and included within hospital care.

Much of this family and community care is down to culture. In Spain, for instance, family groups provide care at all stages of life, with the family acting as a kind of safety net. From the birth of a baby to the last days of a much-loved grandparent has traditionally been the responsibility of the immediate family. Grandparents are usually on hand to assist with bringing up the children of their sons and daughters, with plenty of aunts and uncles to act as baby-sitters along the way. When grandparents, or indeed great grandparents become too ill or frail to care for themselves, it is the younger members of the family who are expected to take care of them.

In the Canary Islands, many parents are in their teens when they give birth. It is customary for the young couple to live with one of the couple’s parents until the time comes for them to find a home of their own. Traditionally, properties have been extended, garages turned into apartments, or another floor added to a dwelling to provide a home for the young couple. In time, it is the parents who, as grandparents, move into the garage, annex or roof conversion and it is the turn of the young couple to take over the family home.

Of course in recent years, following the many problems created by the economic recession, the pattern has changed, particularly in cities and urban areas. Family members have had to travel further from their home towns and villages to find work, and this kind of family and community care is no longer possible. As a result, there are more family breakdowns and single parents than there have been in previous generations. Social attitudes to religion have also changed in the last ten years or so, with many Spaniards admitting that they no longer attend church. This is something that would have been unthinkable in the past, but was all part of the hidden community and social adhesive, which held families and communities together. However, in rural communities, villages and the islands, little has changed.

This pattern of community and family life tends to create problems for expats, and is often the reason why sick, elderly and frail expats fail to find the support that they need later in life. It is simply not built into the system. The care from medical centres and hospitals will probably be very good, but do not expect to find a Macmillan nurse available to assist in matters relating to end of life or cancer related illness. There are few hospices to deal with end of life care, and those that do exist are mostly run by religious orders.

It is important that all expats, young and old, should consider the options open to them later on in life and to make appropriate provision, and not to expect your adopted country to look after you. They will do their best, but it may not be what you would expect from the country of your birth in your final years. It is yet another reminder that being an expat means not only sipping gin and tonics in the sun, but accepting and adjusting to the customs and traditions of your newly adopted country – warts and all.

If you enjoyed this article, take a look at Barrie’s websites: www.barriemahoney.com and www.thecanaryislander.com or read his book, ‘Expat Voice’ (ISBN: 9780992767174). Available in paperback, as well as Kindle, iBooks and Google Play editions.
iPhone/iPad and Android Apps: ExpatInfo, CanaryIsle and CanaryGay now available.
© Barrie Mahoney