Teaching English as a Foreign Language

You can find schools teaching English in ever country and many of them employ native English speakers to do the work. There are thousands of English teachers in every corner of the world and still many jobs available for newcomers. This article introduces the subject and will give you a good idea of what you need to get started in the industry. 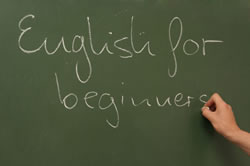 One of the most common reasons for moving abroad (other than retiring) is to work as an English language teacher. You can find schools teaching English in ever country and many of them employ native English speakers to do the work.

There are thousands of English teachers in every corner of the world and still many jobs available for newcomers without experience.

For the teacher it not only offers a fantastic opportunity to live and work in another country and experience their culture, but also a lot in terms of job satisfaction. When you see a class go from speaking and understanding nothing in English whatsoever to having conversations and discussions with you, it’s a great feeling.
This article introduces the subject and will give you a good idea of the opportunities out there as well as what you need to get started in the industry.

Before beginning there’s a quick word on acronyms you’ll find here which are common in the industry.

However for all intents and purposes these three can be considered the same. They all mean standing in front of a class of students teaching them how to speak English!

Although each country has their own specific requirements for English teachers, generally speaking the first thing you’ll need is a degree which is a legal requirement for a work permit in most countries.

The degree can be in almost any subject although when you apply for the job you may find that some schools prefer English or language related degrees.

The next thing you’ll need is a TEFL Certificate. This is given after a short course which teaches you the basics of how to teach English, classroom management, lesson planning and so on.

You can go for a traditional in-house course here if there’s a local school offering it, or you could opt for a more modern approach and take the course online at somewhere like ICAL learning at your own pace and taking the course from anywhere in the world.

For most entry level jobs it doesn’t matter where you take your TEFL certificate as long as you have one.

What often happens is that someone will come into the industry with a degree and a basic TEFL certificate, work a few years and then if they decide they would like to move to a higher level teaching job they’ll take a more advanced certificate like CELTA or Trinity to help their career along.

While you’re getting qualified, you can be deciding where you want to teach. You can go almost anywhere so if a particular country takes your fancy, the chances are that you’ll be able to find work there.

The general principal of teaching English is that you and your class only speak English when you’re together so don’t worry if you don’t speak anything but English yourself!

Meanwhile, here are some common destinations for teachers:

But this list is by no means exhaustive. You will likely find small, privately run English language schools in every city and almost every single town in every country in the world. So wherever you want to go, you’ll find work there if you look hard enough.

Schools vary a great deal. In all likelihood you’ll be teaching at a private school which works outside the public school system, often supplementing its shortcomings.

Their set up varies from country to country and city to city. In richer and more developed countries you are likely to find school chains which are often large  affairs – sometimes up to 1,000 students or more – with tens of English teachers and several different campuses.

In less developed countries and smaller towns, schools tend to be much smaller, sometimes just a single teacher in a single classroom with perhaps 20 students in all.

{mosbanner right}It’s hard to say, but the average school is perhaps 200 students, two or three classrooms, basic facilities and three or four teachers in all (mostly locals; often schools will have just one English native speaker teacher).

The majority of students will be from 10 – 17 years old, though many schools also run English classes for younger children.  And in case you are wondering, the students tend to be much better behaved than a typical British school and there also tends to be much more respect for a teacher both inside and outside the school.

A typical working week would involve something like 20 classroom hours. You may well work slightly odd hours though: 9 to 12 in the morning and then again in the afternoon from 4 till 8. Split shifts like this are not uncommon in private schools.

Generally you’ll sign a contract for the school year. The pay is generally quite good by local standards. An entry level job will give you enough to live on, pay for a bedsit type accommodation (which is often organised by the school), give you a couple of nights’ out per week and enough for a holiday at the end of your contract.

The school will often organise basic health cover if the country you are in does not have a reciprocal agreement with your home country. Often, your return flight will be reimbursed at the end of your contract.

There are three generally accepted ways of finding work.

And then it’s time to buy a phrase book, pack your bag and go!

English teaching has taken people to all corners of the earth to live and work. It doesn’t matter if you are straight out of college or looking for a mid0life career change. English teaching can give you the opportunity to get out there, make a difference… and enjoy yourself!

Author: Pete West at ICAL
ICAL is one of the largest providers of Online TEFL Certificate qualifications and courses. They also maintain the ICAL Wiki which is a huge resource for English teachers; it includes a comprehensive grammar of English, a TEFL guide, lesson ideas and plans and the highly popular Country Files giving up-to- date information on living and teaching in different countries throughout the world.

Your UK Pensions in New Zealand