Would You Be Better Off In Oz?

The Australian Government is launching a massive drive to attract over 100,000 skilled migrants from countries such as Britain to swell its workforce. It hopes the promise of better weather and quality of life will lure thousands of applicants from its target professions to cross the world in search of a healthier, wealthier life. 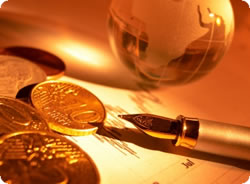 The Australian Government is launching a massive drive to attract over 100,000 skilled migrants from countries such as Britain to swell its workforce. It hopes the promise of better weather and quality of life will lure thousands of applicants from its target professions to cross the world in search of a healthier, wealthier life.  But how does quality of life Down Under shape up compared with life in Britain?

If you are working in one of Australia’s target professions in the UK, chances are you are earning less money than your counterparts down under.

The trend for higher earnings is evidently in Australia’s favour, where almost all professions high in demand in Australia are earning higher wages.

The following table is a comparison between Australia and the UK based on the average salaries earned in each country, according to Salaryexpert.com.

Food, Petrol and Cost of Living

The UK can boast having one of the cheapest prices for bread in the world.  But these days, families live on much more than bread and dripping.  Fortunately for Aussies, cheap groceries and petrol are an everyday delight.  The following table shows the prices of a few basic food items taken from national statistics reports of both countries for July 2008.

Although the differences may be small, it all adds up in the end.  For example, a family that buys a kilogram of chicken, beef, and lamb a week could be saving £187.20 every year just on basic meats.

Although public transport is a popular way for people to get around the major cities of Australia, many people use cars on a daily basis because the country has just far too much space and not enough people to fill it.  According to the July 2008 AA fuel price report, the average UK price of fuel was sitting at 119.7ppl, while the Australian Institute of Petroleum at the same time said the average price of fuel Down Under was 76.4ppl.  So, for a family using on average 40L of petrol per week, the savings could reach £901 per year.

With higher earnings already a factor in your move to Australia,most people are able to afford a much higher standard of living Down Under.

{mosbanner right}According to Shelteroffshore, an international property magazine, the Australian property market offers international investors opportunities that are ripe for the picking.  Prices can be haggled to a real bargain, especially if you pay cash after selling your UK assets. Even better, if you buy a three bedroom house in Australia’s most expensive city, Sydney, it will be on average £439,334 cheaper than buying a similar home in London.

In Australia, first-time home buyers are also given a $7,000 grant (£3,301) towards their purchase (provided they meet specific criteria).  You may be also eligible for savings on your stamp duty, but this depends on which state or territory you choose to live in.  For example, New South Wales waivers stamp duty for first-time buyers purchasing a property worth $500,000 (£235,849) or more.

Renting in Australia is about to become much more affordable with the government’s National Rental Affordability Scheme, which will aim to create over 50,000 new affordable rental properties over the next four years for middle to low income earners, and over the next decade 100,000 new homes should be available for rent.

Everyone loves a long weekend, right?  In the UK, along with the standard annual leave provided by employers, workers are given eight annual public holidays from the government.  In Australia, be prepared to put your feet up for longer.  Most workplaces give the same leave entitlements as UK companies, but the Australian government has been slightly more generous.  Each state or territory has a different number of public holidays, but all have at least 10 days off or more.  If you’re really keen for some chill-out time, move to Tasmania where you’ll be given 21 days off every year, including your 4 weeks annual leave.

The following shows the amount of public annual holidays in the UK and each Australian state or territory:

A higher quality of life and more income are the main reasons why thousands of Britons make the move to Australia ever year.  With numbers like these, who could blame them?

How Fragile is the American Dream?