6 Weeks Back in England

After living in Sydney, Australia for 2 1/2 years british expats member "ShozInOz" and his family have moved back to the UK. Moving back after emigrating is a tough decision to make, one that is not to be taken lightly. In this article he tells us why they made the decision to move back, shares his thoughts of life in the UK and their plans for the future. 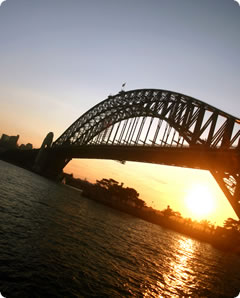 Well we’ve been back now 6 weeks. After 2.5 years in Sydney, we decided to return after getting citizenship, which we gained and now the wife and I are British-Australian, and 11 month old daughter is Australian-British!

The Decision to Return

In large part it came down to a sense of boredom in Australia. This is hard to explain for anyone not in Australia, including many Brits who only see the media snapshot of Australia. For us it was something to do with the lack of cultural depth and heritage, the isolation of the country and the cities and towns within it, and the exaggerated focus on beach/barbies/sun/sport and the like.

A few weeks before we returned we had devastating news that my wife’s mum had lung/multiple cancer. A week before we were due to fly back, and introduce our wonderful (then) 9 month old daughter to her Nannie, her nannie died. This was a sad and very heavy price that we paid for our time in Australia. It is something that we can never get back – even one day for my wife and daughter with their mum and nannie. It makes the ‘dream’ of living in the sun somewhat fickle, yet with devastating side-effects.

My wife especially has been dealing with the grief of this, inasmuch as one has time to with a demanding bub. Other than that we’ve slotted pretty much straight back into life here, and not looked back much (yet). On arriving back we did a tour of England seeing relatives and friends in the south-east, east midlands, north-west, south-coast, and then back to the south-east for the funeral.

We spend a lot of time deciding where to live, and looked at lots of villages in Dorset and Hampshire, as well as Southampton, (very briefly!). I really enjoyed being back on the south coast. We finally decided to get a place in a quiet village near Fareham, near the river Hamble. A really lovely river-side location with great schools and we are lucky to be able to live there. We’re still in the moving process and should be there in a month or so. Currently we’re in Bournemouth, which is lovely as we’ve lived here before and loved it, though sadly in my eyes it seems to have gone downhill somewhat over the past 10 years.

Another reason for moving was that our careers basically stood still in Australia, we took significant pay drops and yet our living costs were higher, (in Sydney). Now I’m in an excellent job as an industrial psychologist, with a previous employer, have great prospects and I’m learning a lot of new skills fast. After 2.5 years, my salary on returning is only a little more, and my Australian experience seems to count for little, which is understandable as my profession in Aus is very far behind. My wife is a counsellor and the salary in Aus made the course fees seem like an insult. It hardly seemed worth working. Here she can ear a good salary and, like me, can develop professionally to a greater extent.

It is also great to be back to the geography of the UK. We didn’t travel so much in Sydney by car as there were not so many interesting places to see within easy reach – with a child anyway. In fact we had a 2 year old car with only 13,000km! The best place we visited was the Buddhist temple in Wollongong, which sadly we discovered quite late. Places close by such as the Royal National Park and Blue Mountains were OK for a couple of visits then: "ENOUGH GUM TREES ALREADY!". Other places, even a fairly long drive away, were often a disappointment compared to Sydney itself – e.g. Byron Bay, Port MacQuarrie, Canberra. That was the trouble with Sydney, everywhere we went did not seem worth the drive, so Sydney seemed like a small island contained on a big island.

I love the greenness of the UK. We’ve spent time in the New Forest, which beats every forest we visited in Aus for us, and great for biking, walking, visiting quaint villages, eating fudge, drinking tea, and of course stopping by one of the country pubs.

Since we’ve been back the weather has been mixed. It started off with lots of sunshine and clear days, then latterly more cloud, wind, and rain. I’ve started using more neutral terms to describe the weather (rather than ‘"crap" etc) – you have to! It’s basically not hugely ‘better’ or ‘worse’ though. I found the Sydney summer, (well, November to March), far too hot for me, and spent all my time trying to cool down. Though I loved the late spring and early autumn. Now it will probably be the opposite. It’s hard to find perfect weather – Australia certainly was not it for me. Still, it’s hard to argue with millions of years of evolution. I have fair skin and blue eyes for a reason, and obviously did not evolve to live in the blazing sun.

What has been best about being back is seeing friends and family. This is hard to describe but easy to imagine. It has been especially important since we have a baby.

So, what do we like? We like the feeling that things are actually happening here. Somehow I feel so much more ALIVE. We love the British landscape, and the fact that there is so much to see in a small place. We like the proximity to Europe, to see Italy (trip booked already), France, Germany, etc. We like the fact that our professions are so much more advanced here and better rewarded. We love being near our long-time friends and family. We also like the provisions that have been made for families – we are amazed at the help available to us here for our baby compared to Australia. I also like my 28 days annual leave!

What don’t we like? People are often so down on the UK and struggle to understand why anyone would come back (from a country they have never visited/lived in). Poms really are whingers. It’s true. But in some cases there is very good reason. In some areas, (e.g. Southampton, parts of Bournemouth), the sight of the groups of disaffected young people is depressing. In others, (such as many of the smaller villages we’ve visited with a view to living there), it is quite different – but these places are the least affordable. This is the only thing we don’t like. But it is significant and something we’ll be monitoring very closely. On the other hand decent Brits generally are friendly folk. The weather isn’t big enough issue – yet!

{mosbanner right}What do we miss about Australia? The social climate! Anyone going to Aus, or coming back, has to admit that Australia is, on the whole, a friendlier place. We were very lucky though and lived in a lovely suburb of Sydney (Coogee) – a place that we could never afford to buy into (only rent a unit). If we lived ‘out West’ or in some Hoon-infested regional town I know it would be somewhat different, (I still remember the chants of "feeee-fiiii-fo-fum" as I strolled with my wife and daughter along the streets of Port MacQuarrie! [note to prospective visitors: don’t bother]. Still, I remember Australia as a friendlier place overall. This is a major plus for Australia.

What don’t we miss about Australia? Mostly the remoteness. This is major. The remoteness of Australia from everywhere, and the remoteness of everywhere in Australia. Secondly, the feeling of being in semi-retirement (though this may suit me sometime in the future), backwardness of professional life, the expense of living compared to earnings, the often too-slow pace of life, the searing heat and humidity of summer, the flies, the piddly annual leave, consumed by too many long plane journeys.

So did we make the right decision? Yes – certainly. We have a lot to see and do back in the UK and Europe that we could never have done had we settled forever in Australia. Will we stay here forever? Probably not. Would we return to Australia? Possibly. Essentially I think we are wanderers. I can quite see us trying more than one other country in our lifetime, though now we have to consider schooling, it is more complicated. The one thing that would drive us away from the UK in the future – the only thing – is the social climate in the UK. If the social climate became worse, then we would leave the UK again in a few years, once we’d done what we came back to do, personally and professionally. It is such a serious consideration for us that we would forego all the benefits above for a feeling of living in a secure, safe, friendly environment. Fortunately, we will be living in a nice area and feel that we will have this at a local level. We are lucky that we have the choice to return to Australia, or NZ, in the future and our child is less than 1 year old. And we do love Australia in so many ways, though there are things were don’t like. But I do know that if we had returned to an area in the UK in which we did not feel safe, and had no choice but to stay in that place, then we would have some major regrets on returning. Thankfully that is not the case. There is also the negative attitude of Brits toward Britain, though this seems to be swinging the other way slightly with the world cup coming up (we’re seeing more flags here than in Aus, which I previously thought impossible).

Courage to all struggling with the huge decision of staying or coming back. It is immense. My main piece of advice is this. Get citizenship. It may seem like too long a wait, but waiting will give you time to make the right decision, and the option to return in 1, 3, 5 or 10 years time. It is worth it believe me. We can return whenever we like, or even try NZ. But we have no plans to as we have having far to much fun here.

We have no regrets going to Australia, and no regrets returning. It is all part of the rich tapestry of life.