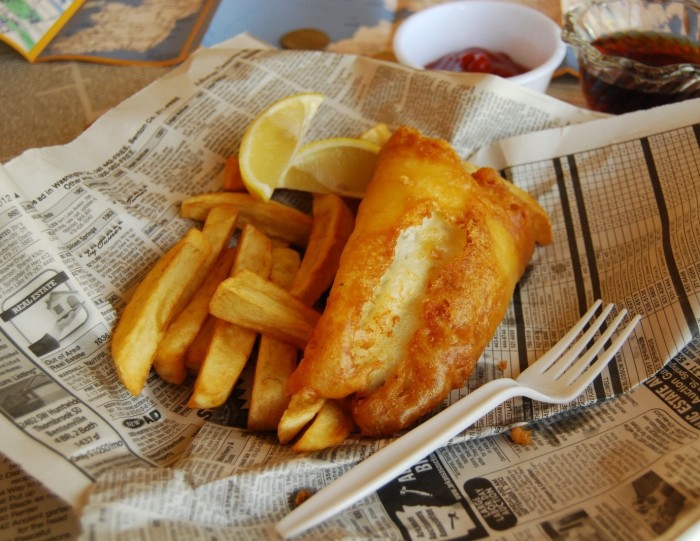 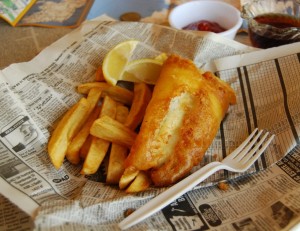 ‘Boring, bland and boiled’: just a few of the words commonly used to describe traditional British food around the world. For years Britain’s classic fare has been the butt of countless jokes on the continent and overseas, with the French apparently being most offended by Britain’s culinary offerings. “After Finland, it is the country with the worst food,” former French President Jacques Chirac famously said in 2005. While it’s true that there are probably few countries across the world that can list ‘egg and chips’ on the menu and consider it a proper meal – and even fewer that can muster genuine enthusiasm for beans on toast and a cup of tea – this reputation for appallingly plain stodge is undeserved. Two world wars and heavy rationing dragged British cooking back several centuries, but recently London has been busy establishing itself as one of the top gastronomic capitals and it looks like the world is finally taking note.

Although it will undoubtedly take several more decades to shake off this poor culinary reputation in its entirety, it seems as though countries are beginning to develop a taste for classic British dishes and produce.

Let’s start with the French: sometimes-friend, sometimes-adversary, the French have never shied away from the chance to have a jibe at the British, and the Brits have never had a problem reciprocating. But now the country that prides themselves on being the gastronomic capital of the world has developed a taste for English cuisine.

It Started with Cheese

Previously reluctant to forgo their delicious brie and camembert for pale foreign efforts, the French palate has acquired a taste for strong West Country farmhouse cheddar. The foreign profits of Cathedral City cheddar have grown by 10–15% a year, and this increase in demand isn’t limited to France.

Cheddar is now just as popular in Germany, Spain, Switzerland, Benelux and Scandinavia. In 2010, Britain made approximately 700 different types of cheeses – 100 more than France – with Stilton and Cornish goat’s cheese also in-demand across the channel.

The Rise of British Bread

The enthusiasm for British cheese quickly spread to sandwiches, pun intended, as the French discovered the joys of packaged, triangular, soft-bread with an unprecedented array of fillings. Wholesome, filling and rustic, there’s no knocking the baguette, but these often contain little more than a smear of butter and a slice of cheese or ham, a far cry from a full-to-bursting sandwich. The opening of Marks and Spencer in Paris in 2011 saw queues of hundreds of Parisians all keen to grab a classic M&S sandwich. That year the French got through over two billion sandwiches.

Cheese and fast food may be one thing, but what about British dishes? In the past few years France has also discovered the delights of a traditional fruit crumble, thanks in part to the French cook book Crumbles which took the cookery market by surprise.

“Part of the charm is the Englishness,” a spokeswoman for publishing house Marabout said, after the first edition sold a startling 200,000 copies.

The growing taste for fruit crumble is reflected in many French restaurants now. “I have seen it on the menu of at least three great restaurants in France recently too,” top French chef Raymond Blanc said. “It is enormously pleasing.”

So perhaps baby steps are being taken across the channel, but what about across the pond? Like the French, it seems that the Americans are still wary about British cuisine on the whole, and the idea that the UK manufactures and consumes the poorest quality food in the world unfortunately still seems quite prevalent.

“We thought you guys just ate boiled beef and cabbage,” admitted a native New Yorker as he tried his first scotch egg from the British Eat My Pies stall at the Brooklyn Flea street market. “Who’d have thought a cold egg could taste so good, especially wrapped in black pudding and deep fried?”

It seems that it’s the alien aspect of many British favourites that is a turn off for some Americans rather than the dishes themselves. In the USA pies are expected to be sweet, so biting into a savoury pork pie can come as a real surprise. After the initial shock, it seems pork pies can go down well too:

“They were surprised when they first bit into them, then they loved them,” said Andy Bates who owns the Eat My Pies stall. “But they were still a bit puzzled,” he conceded.

Fish and chips, perhaps the most iconic British dish of all, is also enjoying a surge in popularity in the States. When top Manhattan restaurant Artisanal put fish and chips with tartare sauce on its menu it became a surprise bestseller, although mushy peas on the side is still a no-go for most Americans and vinegar as a condiment is an utter bewilderment.

What’s in a name?

Like the French, Americans seem more interested in our desserts, but not necessarily for the taste. Jam roly poly and spotted dick fly off the shelves in British food stores in the USA, although we can safely assume this has more to do with the names than the food itself. For this reason Americans are often drawn to toad-in-the-hole, bangers and mash and cock-a-leekie soup – the novelty of the name is the attraction as opposed to the flavours or ingredients.

The popularity of celebrity chefs like Gordon Ramsay, Jamie Oliver and Nigella Lawson have led to more of an awareness that British cuisine has moved on. Gordon Ramsay’s New York restaurant now even serves rabbit and venison, which are in strong demand, something unthinkable just a decade or two ago. It will take many more decades for Britain to fully emerge past its reputation for soggy vegetables and chewy meat, but the signs that it is on the right track are here.

About the Author: Ella Jameson is a freelance writer, blogger and contributor to many different websites, blogs, and magazines. After graduating from university with a degree in English Literature, Ella worked as an editor and copywriter for several years before becoming a freelance journalist. Her specialist subjects include food, travel, health and fitness, and the environment. Check her out at @JamesonElla, Google+ Ella Jameson, and about.me/JamesonElla