A Brit’s Guide to the American School System 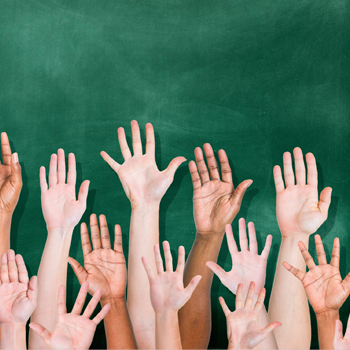 400 British people emigrate every day, according to the Office of National Statistics.  Many of these families are moving to the US and even though they (purport to) speak English over the other side of the puddle, Americans are very different from Brits; and that’s true of their schooling too.  So here I have three pieces of advice before you consider moving out to America with school age children.

Understand The Differences Between UK and US Schools

Firstly, In Britain we have posh (and expensive) public and private schools, some state grammar schools, and lots of state comprehensives.  The sad truth is that the vast majority of these free British state schools are not as successful as their fee-paying counterparts.  However in America, it’s slightly different.  Firstly, there is the vocabulary: public school means state school and private school means all fee-paying schools. There are very few boarding private schools in America (think Andover, Exeter, Deerfield, Choate, etc), and they are excellent schools with lots history and character and impressive college admissions track records. The main caveat is that they are primarily located in the Northeast.  Unlike in Britain, there are also many highly achieving free (or state) schools in America. However, acceptance to them depends heavily on you postcode. There are additionally many private schools and magnet schools (similar to the UK grammar school) which tend to focus around towns and cities where the state schools perform less well  You don’t necessarily need to take out a mortgage to get your child into the most academic school in The States.

Secondly, the America syllabus and examination structure is somewhat different to our GCSEs and A-Levels.  Their SATs and ACTs (and ISEE and SSAT for a younger age) are national exams, and are very important but are not actually taught as part of any curriculum.  These exams are very different to our exams.  They’re mostly multiple-choice and students spend time outside of school ‘prep’-ing for them.  Exam strategy and timing are much more important for these standardised tests than they are for UK exams.  American APs (Advanced Placements) are more like A-Levels, and are centrally administered.  However, unlike in Britain, GPAs (Grade Point Averages) are the most important aspect of school for Americans.  GPAs are the average scores you’ve achieved in homework and classwork through the year and they are administered by your teacher and school, not by a centralized body.  They are used as an important measure of success in the college admission process. It is therefore much more important your children keep their grades up consistently through the year.  It also, sadly, means there is a lot more lobbying of teachers from parents and pupils to keep their GPAs up, even if grades don’t necessarily warrant it.

Reach Out to Talk to Teachers and Friends

Pardon the cliché, but it’s a small world.  Try to reach out to your contacts (through your company or elsewhere), for others in similar situations.  Knowing other families who made the move last year can make all the difference.  Even if you yourself don’t know anyone out there, you probably know someone who knows someone in the schools you’re applying to.

Talk to teachers in schools you’re applying to.  You should also ask the admissions officer to put you in contact with a teacher or two.  Give them a call.  Ask them how the school works, if they’ve had British kids before and how they handled it.  The good schools will have had Brits arrive before, know what to expect, and can help.

Key questions to ask: Can you help with transitioning into the maths and sciences syllabi (this can be particularly difficult after/ around GCSE age)? How successful are the students from your school in college admissions?  What do I do to help my child for the college admissions process?

The two main (equivalent to 11+ and 13+) are the Independent Schools Entrance Examination (ISEE) and the Secondary School Admission Test (SSAT).  Generally most private schools ask students to take the ISEE but New York area schools often ask students to take the SSAT.  Some schools, in particular those in New York, ask children aged 5 and 6 to take exams like the ECAA; which are based on educational play and are 1-1 with an examiner. Don’t assume that just because your children are very young that they will not have to take entrance exams.

Therefore, my advice to every family preparing for these exams is: practice, practice, practice.  The exams can be taken in many locations across Britain, in Pearson testing centres, and some schools (eg ASL in London).  However, taking these in person is tiring and stressful so I cannot encourage you enough to try some of the mock online tests that various companies offer – Google it.  These tests aren’t cheap but are definitely worth it if they help your child get into the right school for them.

Katherine Wiles is an American-Brit currently living in London.  She grew up in Princeton, NJ and then moved to Britain in 2010 to read Natural Sciences in Cambridge University.  She now runs Wentworth Tutors (www.wentworthtutors.com), where she advises and consults many families each year who are moving out to America from the UK.

How Not To Get Scammed When Buying Property in France

Are you an expatriate living in the United States? Share your Expat experience!